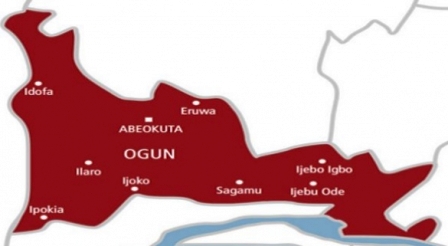 The Ogun State Ministry of Forestry has earmarked N654 million for tree planting as it proposes to cultivate about 950 hectares of land for the production of timber and non-timber resources across the nine forest reserves in the State.

The Commissioner for Forestry, Mr Kolawole Lawal disclosed this while defending the year 2016 budget before the Ogun State House of Assembly Committee on Finance and Appropriation.

He explained that this would aid adequate provision of raw materials and expansion of infrastructural facilities for socio-economic development in the State.

Mr. Lawal stated further that planting of trees would reduce the effect of carbon dioxide and also mitigate the adverse effect of the impending climate change.

The Forest Commissioner revealed that out of the budget proposal of N2.129b the sum of N1.750b would be expended for capital expenditure while N379m was for recurrent expenditure.

He stated further that the Ministry was planning to prepare for over 500,000 tree seedlings for planting, while free seedlings would be given out to interested individuals and corporate bodies to be planted.

Lawal said the Ministry was making efforts, working round the clock at blocking all financial leakages through the setting up Special Task Force and monitoring team as it was even proposing the use of POS at the toll points.

Meanwhile, the Ogun State Government has banned haulage and movement of logs outside the State, the State Commissioner for Forestry, Mr. Kolawole Lawal stated this at a Press Conference, held in Abeokuta, the Ogun State Capital.

Lawal said the ban was necessary in order to curb the smuggling of illegal logs at night, even during the days to neighbouring States, adding that it would also ensure that only processed wood, such as sawmilled planks were transported outside the State.

He said the measure would no doubt keep the numerous sawmills in the State working and would also improve the state’s economy with more job opportunities for the teeming youths in the State.

He further stated that conveying of logs at nights within the State remains ban and offence, adding that loggers and drivers of Timber lorries conveying logs should possess all necessary documents pertaining the logs being conveyed to avert embarrassment.

He enjoined all stakeholders to support the State Government initiative in complying with the directive of the Ministry of Forestry.

He also urged Timber merchants conveying logs in the State to abide by the rules and regulations, as relevant government agencies and officials have been directed to ensure strict compliance with immediate effect.

Related Topics:Ogun earmarks N654m for tree planting in 2016
Up Next

Nigeria at 62: Resilience essential for Nigeria of our dream – Sanwo-Olu