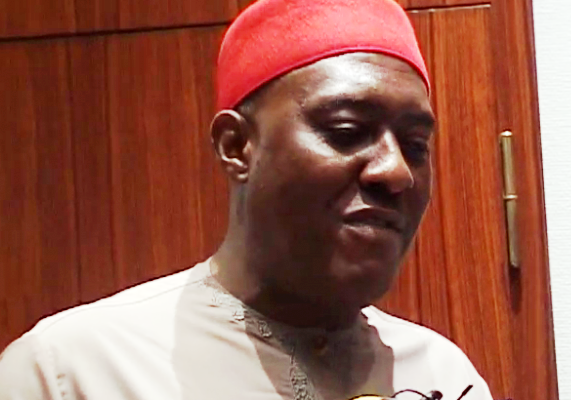 This is contained in a statement signed by Mr Uche Anichukwu, the Special Adviser (Media) to the Deputy Senate President on Friday in Abuja.

Ekweremadu decried what he termed the “trampling of the opposition and total disregard for the rule of law in the guise of anti-corruption war.”

He reaffirmed the PDP’s support for a genuine anti-graft crusade.

He, however, decried a situation where such crusade became a calculated attempt to decimate and silence the opposition, while members of the ruling party with serious corruption allegations went about their businesses.

The deputy senate president expressed fear that Nigeria was fast descending into `authoritarianism’.

“The continued detention of the PDP mouthpiece was an attempt to gag the opposition and, therefore, unhealthy for democracy.

“An anti-graft trap that catches only members of the opposition and those with axe to grind with the government of the day is compromised,” he said.

He called on the citizenry to denounce and resist the prevailing situation where people were held in custody against the directives of the courts and laws of the land.

Ekweremadu pointed out that there would be no justice without the rule of law.

Related Topics:Ekweremadu bemoans continuous detention of Metuh
Up Next