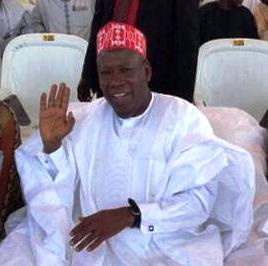 Kano state executive council has approved N3.8billion for infrastructural projects across the state, out of which 45 percent was sourced from Internally Generated Revenue.

The state Commissioner of Information, Youth and Culture, Malam Muhammad Garba who disclosed this while briefing journalists on the outcome of the Council’s weekly meeting presided by governor Abdullahi Umar Ganduje, highlighted that the sum of N870 million was specifically set aside for reconstruction of six new access roads in some rural parts of the state.

The commissioner also revealed that the council consented to award Kofar Dan Agundi – Emir’s Palace road reconstruction in Kano city at the N239 million, pointing out that the road was proposed for renovation about 23 years ago but was aborted.

Malam Garba disclosed that N280 million was set aside by the council for the enrollment of 100 males and 50 females into Peugeot Automobile Nigeria (PAN), Training Center, Kaduna, maintaining that the first batch of 100 youths trained at the center would benefit with equipment and take off capital in the sum of N16 million.

He further said that N183 million was approved for renovation of 18 divisional libraries and construction of four new ones across the state, adding that N21 million would also be released for the provision of 30,000 copies of the 1438 A.H. Kano Islamic Calendar.

Meanwhile, the Commissioner disclosed that the council has selected a consultant for the proposed Kano city light rail project with a view to ensuring superior quality work.

Aregbesola to Nigerians, Let’s consume what we produce to save economy