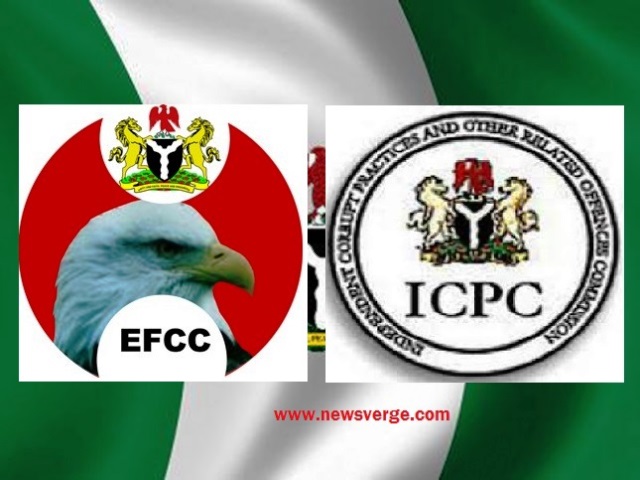 The Vice President of Industrial Global Union, Mr Issa Aremu, has advocated special powers for anti-graft agencies to question the sources of wealth of people living above their means in the country.

Aremu made the call when he received, Mr Ibrahim Magu, the Acting Chairman, Economic and Financial Crimes Commission (EFCC), in Kaduna.

The EFCC and other anti-corruption agencies,he said, should be legally empowered to invite anyone living above their means to explain the sources of their wealth.

“If the agencies are unsatisfied with the explanations for the acquisition of such wealth, the person should be charged to court.

“Upon conviction, such person should be made to forfeit the entire proceeds of corruption to government”, he said

Aremu, who doubles as the General Secretary, National Union of Textile Garment Workers of Nigeria, also advocated establishment of a special account for recovered funds.

He said that all recovered stolen money should be paid into the proposed account to be known as Infrastructure Development Fund.

He decried the inability of many state governments to pay their workers’ salaries, blaming the situation on corruption.

Aremu noted that even at 50 dollars per barrel of crude oil, Nigeria was still a rich country only if corruption was tamed.

The labour leader said that there was a linkage between the collapse of many industries in the country and systematic corruption.

He described “addictive waivers’’ granted by some corrupt ministry officials in recent past as economic crimes.

He lauded the President Muhammadu Buhari administration for its resolve to fight corruption, urging the government to adopt a holistic approach in ensuring that the fight was total and not selective.

Describing corruption as a crime against humanity, Aremu emphasised that the anti-graft war required the support and contributions of all Nigerians to succeed.

Magu said there was hope for Nigeria to defeat corruption now more than ever before.

He said his optimism on the political will being demonstrated by the Buhari-led government “to kill corruption before corruption kills Nigeria’’.