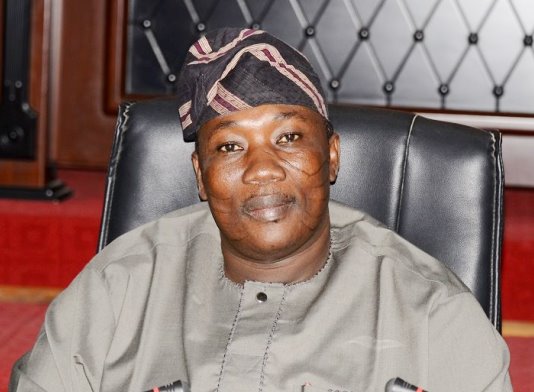 Osun State House of Assembly has begun move to facilitate the revitalisation of the abandoned federal government projects of over N20.318 billion in the state.

At the plenary on Tuesday, the Deputy Speaker, Akintunde Adegboye who presided over the sitting said, while the governor should be written to pursue the abandoned roads at the federal level, a representation would be made to the National Assembly to ensure budgetary provision.

The pronouncement of the parliament followed the alarm, earlier raised at the plenary by Honourable Olatunbosun Oyintiloye representing Obokun Constituency, over the abandoned federal projects of about N20.318 billion in the state ranging from road infrastructure, water scheme and housing.

During the appearance of the relevant officials of the federal and state government ministry and agencies to give status reports on the projects, Oyintiloye said the affected road projects costs N16.519 billion, housing costs N2.955 billion and water scheme costs N844.342 million.

Noting that on the list of beneficiary states interms of federal government projects, Osun is one of the states at the lowest ebb, regretting that  many of the little given to the state were still being abandoned.

Also, Honourable Kamardeen Akanbi representing Ede North constituency identified Akoda-Ede-Airport-Osogbo road as one of the roads in deplorable conditions, calling on the house to prevail on the relevent agencies of government to attend to the road and such other roads across the state.

Responding to issues raised by members on the abandonment and deplorable conditions of federal projects in the state in their various contribution, the Federal Controller of Works, Engineer Wasiu Atitebi said, a number of contractors handling some of the federal road projects were being owed, forcing them to leave the sites.

He however, noted that the federal government has recently remobilised some of the contractors and efforts are being made to ensure that work resume on the rest.

The controller identified Gbongan-Iwo road, Ogbomosho/Oko/Ilobu/Ifon/Osogbo road and Osogbo-Ilesa road as some of the projects which works have resumed, adding that the contractor handling the contstruction of bridge over River Erinle in Ilie has also been remobilised, but has not return to site because he has applied for augumentation and still waiting for approval.

Also, the representative of Federal Road Maintenance Agency (FERMA), Engineer  Isaac Ayodele expressed distress of the deplorable condition of federal road in the state, saying, the paucity of fund had contributed to the situation.

According to him, Osun FERMA had prepared an estimate of N6 billion for the maintenance of about 20 roads in the 2016 budget, but only two of roads were captured in the budget.

He said, efforts were in top gear to ensure that the ones not captured in the budget as capital projects are carried out through direct labour from FERMA.

He said, lack of capacity to continue with some of the water projects have propelled the authority to transfer same to the state government for completion.

The representative of General Manager, Osun Water Corporation, Engineer Odejide Asafa confirmed that the OORBDA had indeed abandoned some of the water projects, leaving the state to complete them.

He added that the state and the OORBDA have on many occasions disagreed on the level of completion of some of the water projects, saying, some of the projects have not served the purpose of giving people clean water.