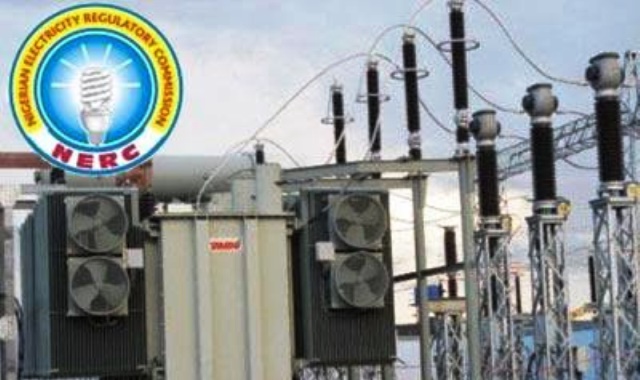 Analysts have observed that Nigerian power sector is characterised by a large gap between supply and demand.

According to them, the current power demand is more than the megawatts being generated, although the government targets 10,000 megawatts between 2019 and 2030 by utilising various energy means for electricity generation.

They estimate that Nigeria will require investments in power generation alone of not less than 3.5billion dollars per annum to achieve this.

They insist that large investments are also required in the other parts of the supply chain of power transmission and distribution networks.

They, nonetheless, note that the enactment of the 2005 Electricity Power Sector Reform has laid a solid foundation for reforming the sector through privatisation.

The reform later culminated in the liberalisation and commercialisation of the sector into18 new successors companies.

These new companies are to generate and deliver electricity under the supervision of the Ministry of Power and other agencies of government such as the Nigerian Electricity Regulatory Commission (NERC).

However, consumers argue that the country’s resources in renewable and non- renewable energy sources notwithstanding, the sector has yet to record a significant improvement in the three value chains.

Stakeholders in the sector have, therefore, attributed the inability of the sector to record major breakthrough to the challenge of inadequate liquidity in the sector.

Operators also have accused each order of being the weakest in the chain by not providing the needed services to ensure delivery.

For instance, some concerned Nigerians allege that the distribution companies remit less that 20 per cent of revenues collected from electricity consumers on behalf of the entire chain to the market operator.

The generation companies has also alleged that the Nigerian Bulk Electricity Traders only pays 20 per cent of  its invoice resulting in its inability to effectively discharge its duties as fund available to it is not adequate to carry out its power generating functions.

Also, the distribution companies have decried the nonpayment of bills by many customers, especially the huge debts by government’s establishments.

But NERC says the major challenge bedeviling the nation’s power sector is the lack of access to liquidity to promote investment in the sector.

The Acting Chairman of the council, Dr Anthony Akah, said the investment in the power required huge amount of fund, noting that the non-availability of adequate fund constituted a hurdle to speedy development of the sector.

To ensure significant electricity supply in the country by the year 2030, observers note that the Federal Government of Nigeria has initiated several funding interventions to support the growth of the sector.

One of such funding mechanism is Electricity Market Stabilisation Facility of N213 billion from the Central Bank of Nigeria (CBN) to firms in the power sector.

Inaugurated on Nov. 18, 2014, the fund is expected to help operators bring about improvements in power supply for the benefits of Nigerians.

With more than N120 billion disbursed so far to operators in the sector since inauguration, concerned power sector analysts have sought to find out the impact of the intervention to the development of the sector.

For instance, the President of Abuja Chamber of Commerce and Industry Ltd., Mr Tony Ejinkonye, said CBN’s stabilisation electricity fund had addressed the deterioration in the power sector.

He said the disbursement was a major milestone in the effort of CBN in collaboration with the Federal Government to achieve a contract based electricity market.

He said the disbursement had contributed more than 25 per cent of the annual capital expenditure budget for the sector.

But some renewable energy developers are of the view that the fund was not been utilised in the development other energy mix resources in the country.

Dr Chidi Onuoha, the President Sustainable Energy Practitioners Association of Nigeria, said that injecting 50 per cent of the N213 billion CBN’s power intervention fund into renewable energy development could even generate 10,000 megawatts of electricity by 2020.

He alleged that it was unfortunate that part of the money was not committed to developing renewable energy, noting that no developer in the renewable production had access to the fund.

According to him, channelling part of the CBN’s power intervention fund into renewable energy production will not only generate more power, but will create employment opportunities for  teeming Nigerian unemployed youths as well.

Irrespective of his, some operators have expressed gratitude for the support and concern of government.

The Executive Director, Research and Advocacy, Association of Nigerian Electricity Distribution Companies, Mr Sunny Oduntan, said that a balance of N90.4billion of the intervention fund for the power sector had yet to be disbursed.

Oduntan said the Federal Government had been quite supportive in tackling the challenge of liquidity in the sector since the new owners took over the power business in the country.

He, however, said that given the current electricity market shortfall and the envisaged further shortfalls, the balance yet to be disbursed would not address the shortfalls.

Available records indicates that 24 industry participants, including distribution companies, generating companies and service providers, among others, have so far benefited from the intervention.

Reports from generating companies reveal that the fund has contributed in the execution of capacity recovery programmes  at Shiroro dam, Jebba Hydroelectric Power Plant Nigeria and rehabilitation of three units at Kainji Dam under permitted utilisations of the facility.

All in all, observers note that with the CBN’s intervention at improving the power generation transmission and distribution, it is imperative for government to devise other measures of injecting fund to solve liquidity problem in the sector.

A nation that is consuming its heritage? By Tope Adaramola

State of the Nation: Religious body to pray for Nigeria