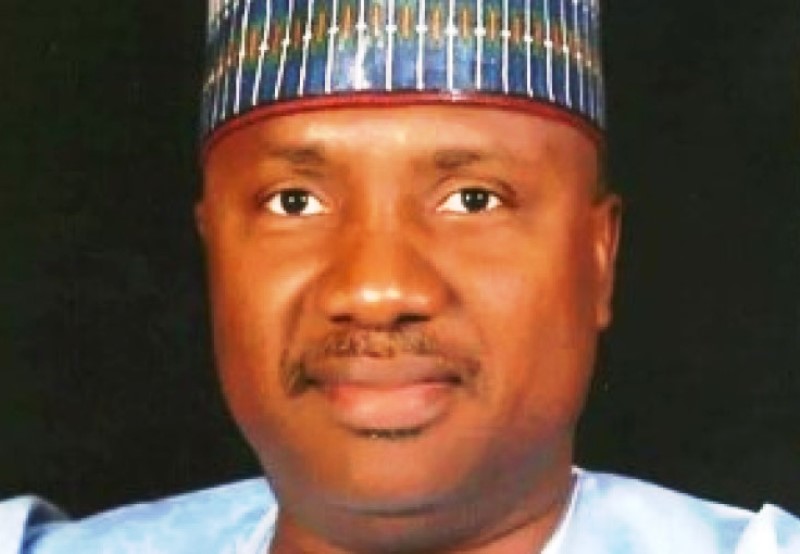 The Adamawa state governor, Senator Muhammed Umaru Jibrilla Bindow, celebrated the 2016 Christmas with the less privilege persons at the Government House, Yola, where he treated them to lunch.

The event was attended by many less privilege persons from different associations the in the state. The governor’s guests included crippled, blind, deaf and others that are physically challenged in many different ways. Also in attendance is the Muslim council in the state and the Christian Association of Nigeria (CAN), labour unions and the union of transport workers. The representatives of the Ndigbo in Adamawa state and the Yoruba were also represented.

Governor Bindow reiterated the essence of Christmas which he said is anchored on love, and called for all the people of the state to always forgive one another as no one is without sin.

Earlier in his welcome address the Chief of Staff Government House, Abdulrahman Abba Jimeta, said Christmas is a celebration that involves both religions as the Muslims also believe in Jesus as a prophet. The governor called on both religions to unite and never allow anyone to cause division amongst them.

Abba Jimeta congratulated the physically challenged in the state for a bill in the house of assembly seeking to take care of their welfare and ease their challenges.

The chairman of the state chapter of the CAN, Bishop Mike Moses, underscored the essence of Christmas and thanked Governor Bindow for showing love and concern to the less privilege at this time.

A solidarity goodwill message was also delivered by the chairman of the Muslim council of Nigeria in the state.