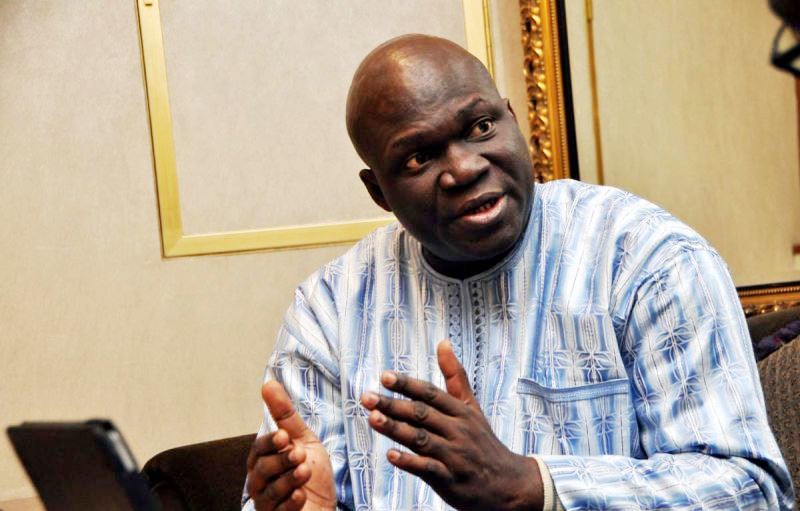 The road to Kaduna from Abuja was horrific. I had been told that the journey would take no more than one and a half hours, and I had set out early for a 9 am appointment as scheduled, but I didn’t get to Kaduna until four hours later. There were too many potholes on the road, too many terrible encounters, too many tanker and lorry drivers threatening to run into other vehicles or push them off the road, too many motorcyclists competing for space with vehicles, stupidly driving in the middle of the expressway, posing a menace. I felt as if I was on an expressway to Hell. The air conditioner in the car made no difference. I sweated all the way to our destination with my heart in my mouth. For the most part of the journey, half of the expressway was shut down, and the to and fro vehicles had to share a half of the road. The driver explained that the other side of the road had to be shut down so it could be repaired ahead of the planned closure  of the Abuja Airport and the diversion of air traffic to Kaduna.

But no construction activity had started, less than a month to the planned diversion. I saw at different intervals, men of the Federal Road Safety Corps keeping watch, but they were just there, doing nothing. They stood by as the madness on the road went on. I had to take this particular route, because I had pleaded with the driver not to take the Southern Kaduna route.  He then suggested the Bwari route to our destination, far away from the sickening Southern Kaduna route, that is the Nasarawa-Kaduna end, where persons are kidnapped or slaughtered whenever the devil of religious and ethic differences descended from the worst quarters of Hades. As we travelled, I ruminated over the prospects that await everyone who has been consigned to the fate of travelling from one part of Nigeria to the other to Abuja from March 8, due to the proposed closure of the Abuja airport and the diversion of air traffic to Kaduna airport.  All such persons are bound to face the danger that lies in wait on the Kaduna-Abuja road. Not everyone will survive, I suspect, because relying on what I saw, the motorists on that route seem to be on a special kind of hard drug, in addition to the poor state of the road itself.

In retrospect, I now understand why a friend advised me to take the train to Kaduna. He had high praise for the rail system that now links the two cities.  And I did make an effort to have a taste of what the Jonathan administration did while we were in office. For more than three hours, I tried to gain access to the ticketing portal of the Nigeria Railways. It did not work.  All through the night, there was no access. The only other option was to go to the station itself, but that was far away from the city, in the middle of nowhere. Going from Abuja to Kaduna or vice versa is thus quite a nightmare, by road, rail or air (before now, only Arik Air went to Kaduna and we all know what has become of Arik Air). It is befuddling that those who want to repair the Abuja airport and divert air traffic to the Kaduna airport have not thought their way through this matter carefully in order to make life easier for travellers who would like to travel by road or rail.

I finally made it to Kaduna. Thank God, I did. Subhanallah. I saw a cosmopolitan city in varying stages of decay.  Every city has a soul and a character.  Kaduna has lost its soul. It is losing its character. It used to be a major commercial hub in the North.  People used to travel from different parts of the North to shop in Kaduna – that commercial traffic has stopped. Kaduna is also the home of influential Nigerians, the home base of the famous Kaduna Mafia. It is the city where every Northerner who has made some small change wants to live in, it is the city of the Generals and their foot-soldiers, but the return to democracy has robbed Kaduna of its influence to a large degree. It remains all the same, a city of great potentials, like Lagos, like Aba, like Port Harcourt.  My take is that perhaps some day, Nigeria should have designated special cities. In order to spread development, and to address regional and ethnic concerns, we should have more than one capital city – oil and gas should be domiciled in Port Harcourt, trade and investment in Aba, and Lagos, foreign affairs in Kaduna – to create a greater sense of ownership and inclusivity, and to put an end to the cul-de-sac-ness of Abuja.

I am beginning to digress. I went to Kaduna not to do city review; it is just that the amebo part of me won’t stop me from writing about what I saw on the way.  Now, the main story: I went to Kaduna as a guest of the Gusau Institute: the very important and laudable legacy of retired General Aliyu Gusau Mohammed. A few weeks ago, I had written about the scarcity and disappearance of bookshops and libraries in Nigeria. It has turned out that there are indeed some individuals in this same heavily harassed country, in this season of extreme dispossession, who are using their time, resources and estate to promote knowledge, reading and research.  General Aliyu Gusau Mohammed is a main torch-bearer in that regard.  He has not been President of Nigeria, but he has in Kaduna the equivalent of a Presidential Library, dedicated to public service and the promotion of research and reading. Marlene and Mohammed, the two dedicated staff who currently manage the place took me round.

There are two sections: a building, which General Gusau uses as his office, with three electronically linked conference rooms where Number One, as he is called, holds meetings and seminars, in addition to a downstairs hall where his military records are on display, including banner displays of newspaper quotes, autographed books from world leaders, an electronic display of his life history and the history of Nigeria since antiquity, medals, certificates, commendations, and a subtle demonstration of his association with the leading intelligence agencies in the world. General Gusau has been at the centre of Nigerian politics for more than 40 years, serving majorly as Nigeria’s spymaster and intelligence chief. Every government has had to use his services one or way or the other, and he is without doubt, one of the most resourceful and influential Nigerians of Northern extraction alive today. I met him for the first time in 1998, at General Olusegun Obasanjo’s house in Ita-Eko, Abeokuta, the day the General and former Head of State returned from Abacha’s gulag. I tried to introduce myself to him, but he cut me short by telling me about myself. “It is part of my job to know everything about people like you”, he said.

We moved from the General’s office to the Institute, next door: a four–floor edifice with a guest chalet at the back, in a serene part of the Kaduna GRA. What General Aliyu Gusau  Mohammed has set up is a strong research and training institute, made available to the public free of charge, as his own contribution to the growth and development of Nigeria.   On the first floor, we took a look at the Gusau Training Institute, an entire floor dedicated to the training of young Nigerians in computer arts, web development, programming, Java script etc. I met some of the students in  class. The Gusau Institute prepares them for certification examinations. The General picks up their bills. We moved to the next floor. This was the General’s personal archive. I found in this section of the Institute, some of the most valuable resources of Nigerian history.  Access to this section, I was later told, is restricted, only with the express permission of the General himself. On that floor, General Gusau has a rich archive of Nigerian history. Sections of it are devoted to copies of everything ever published about and in Nigeria: from row to row, I saw bound copies of every edition ever published, of The Guardian, Daily Times, Punch, Vanguard, Newswatch, Nigerian Tribune, etc. When I saw bound copies of Classique, Newbreed, The Citizen, NewAge, Hotline, The Source, TSM, I screamed…

I screamed louder when I was taken to a section where I was told every piece ever written by any regular newspaper columnist in Nigeria is stored.  The General told me that he has a copy of every piece that Reuben Abati has ever written anywhere in Nigeria or wherever.  I looked around. I didn’t immediately see my own compilation but I saw a huge pile titled Chido Onumah. I looked again and I saw another section titled General’s emails. Every email ever sent to the General by whoever is on record.  I looked again. I stumbled on military records including promotion examinations set for the military from one grade to the other as far back as 1970.  In that section of the Gusau research Library, current newspapers are also still being archived, laid out on the ground, and being sorted out by staff.

We moved to the next floor.  This is the main heart of the Gusau Institute. It is the Gusau Research Library. Wow.  Wow. Wow. In this section of the building, there is a digital, virtual library where a researcher can electronically access books and journals from all over the world. The bookshelves currently hold about 22, 000 books.  Marlene and Mohammed told me that the Gusau library has also given out about 40, 000 books. “We don’t stock books on children issues or education because we are primarily a research library, so we give out such books when the General says so.  We also give out books on agriculture and architecture. But Number One has asked us to start a special section on agriculture and architecture based on requests.”

Going round this section of the building, I saw rows and rows of bookshelves on politics, science, foreign policy, intelligence, business and management, international relations, military arts, security, history, literature, Nigeria, Africa, the encyclopedia, and philosophy.  In the foreign policy section, I observed that most of the books are on military intelligence and national security, and in the literature section, there is a huge collection of novels on espionage – apparently the library is a reflection of the reading taste of the owner and his life-long career.  There is also a magazines section, with every current edition of a published magazine, Nigerian and international on display.  I saw more than 20 on display, with back copies.

I was impressed, indeed overwhelmed. In a country where retired Generals take new wives and disappear into the sunset, and few persons are interested in reading and research, it is refreshing to see the likes of General Gusau investing in human capital development with their resources. Thank you, General.

Buhari Presidency and the bright hope ahead By Okanga Agila