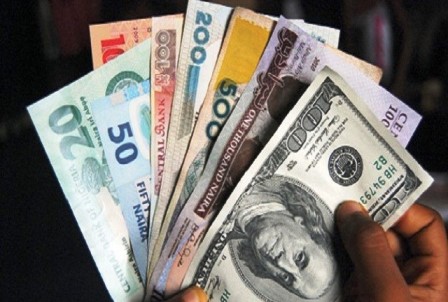 The Nigerian currency, Naira, on Monday remained stabled at both the parallel market and the official foreign exchange segment of the market, while the Investors and Exporters FX window recorded 0.04 per cent.

At the official foreign exchange market, the naira had traded a week ago at 305.90 per dollar but ended the week at 305.95, but went further to stabilized at the same rate on Monday.

Meanwhile, the apex bank has revealed how it arrested the free fall of the naira when it appeared that all was lost early in 2017 with the currency dropping to as low as 500 units to the United States dollar in February.

Director, Monetary Policy Department of the bank, Mr Moses Tule said at a seminar for finance correspondents and business editors in Awka, Anambra State that the bank provided official sources of funding for foreign exchange users and removed room for speculation.

Naira, which exchanged for over N500/USD in February is presently hovering around N360/US$.

According to him, “to boost liquidity, accommodate all forex obligations, and deepen foreign exchange market, CBN made provision for funding of invisible transactions for a fair and veritable exchange ratel.

“Intervention in various sectors of the market through forward sales of tenors; sale of $20,000 foreign exchange to bureau-de-change twice weekly.”

In addition, the bank also approved payment of $20,000 per quarter as payment for small scale importation and established investors and exporters’ window for them to meet their invisibles obligations, bills for collection and other trade related activities.

The declaration of scores of items as ineligible for import finance through CBN sourced forex ensured “import substitution and export switching with positive effects on domestic production”, he disclosed.

Before commencements of the interventions last February, Nigeria’s external reserve had dropped to $28bn and the CBN couldn’t meet most of the forex demands including repatriation of funds by the airlines.

In the seven months, CBN had intervened in the forex market to the tune of $8,908,860,000 in all segments of the market, which saw the naira appreciating from N520/$1 to N365 to the dollar at the parallel market.

Despite these interventions however, the country’s external reserves grew from $28.7 billion to $33 billion as at last week Thursday.