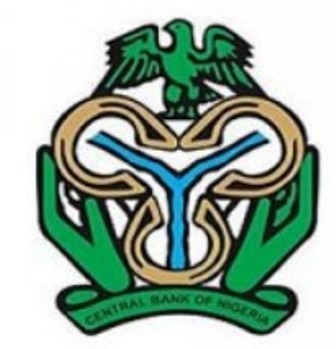 The apex financial sector regulating bodies in Nigeria, Central Bank of Nigeria (CBN)  and Securities and Exchange Commission (SEC) have slammed five commercial banks N213.7 million between January and June 2017 over 26 market infractions.
The sanctions vary from commercial banks failure to detect single Biometric Verification Number (BVN) wrongly linked to accounts owned by different individuals, late rendition of Returns to CBN, failure to comply with CBN’s Know- Your –Customers (KYC) requirement, among others.
Of the five commercial banks, two leading banks in the country were severely sanctioned by CBN with a total sum of N100 million for failing to detect single BVN wrongly linked to accounts owned by different individuals.
Our findings showed that commercial banks often contravene regulating bodies requirement, knowing that the sanctions imposed are minimal from profit generated.
However, checks revealed that Stanbic IBTC Holdings Plc incurred the highest market infractions between January to June of 2017, while receiving N40.7 million sanction for 10 market infractions by CBN and SEC.
According to information obtained by our correspondent, CBN imposed a penalty of N14million on Stanbic IBTC Holdings over the group failure to notify the CBN within 30 days of the re-deployment of staff.
Others sanction imposed by CBN and SEC include, “SEC imposed a penalty of N4.51 million for the failure to obtain the approval of SEC to utilize the custodian function of the Bank and to hold securities owned by its clients in a nominee account and accept payment on behalf of its clients from individual issuers of securities in contravention of Rule 61(2a) of SEC Rules and Regulations.
“SEC observed violations of Section 135 (1) & (2) of the Investment and Securities Act 2007 and imposed a penalty of N100,000.
“CBN imposed a penalty of N75,000 on the Bank for the late rendition of its daily FinA returns for  February 01, 2017, February 03, 2017 and  February 13, 2017
“CBN imposed a penalty of N10 million on the Bank for the following breaches: (a) Deployment of an offsite Automated Teller  Machines (ATM) without CBN approval- E-business; (b) The returns for ATM cards sent to CBN on FINA were different from the returns provided for the examiners review at the bank- E-business; (c) Not fully complying with Section 3.8 of the Prudential Guidelines as it relates to the information requirement of the Credit print out-Credit; (d) CBN declined the clearance of a staff member who had been blacklisted, the staff member was still in the employment of the Bank as at the time of the examination.
“CBN imposed a penalty of N2million for contravening the CBN circular which is in respect to the repatriation of exports proceeds.
“CBN imposed a penalty of N4million for the following breaches: (a) Late reporting of 29 suspicious transactions in a timely manner to the relevant authorities; (b) Untimely reporting of Currency Transaction Reports (CTRs) to the relevant authorities.
“A penalty was imposed by CBN for the untimely rendition of the daily returns (FINA) for the period of 17 – 31 March, 17 – 31 May, 2017 – N50,000.
“CBN imposed a penalty of N4million for consummating a transaction of N16.35 billion without obtaining CBN approval and for contravening CBN circular.”
Fidelity Bank Plc was sanctioned N57.9 million for six market infractions.
The bank was sanctioned N40 million by CBN for multiple Account to a BVN and N10million for untimely & Non rendition of STRS.
Also, CBN imposed a fine of N4 million and N2 million in respect of KYC Non-Compliance  while SEC imposed a fine of N1.2 million for Late Submission of Annual Financial Report.
In addition, Fidelity bank paid N700,000 for Late Payment and Account default Of Bank A/Acct
2016 financial year.
However, United Bank for Africa Plc was penalized N40 million for failing to detect single BVN wrongly linked to accounts owned by different individuals and N1 million for late rendering of returns on international cards.
The leading pan-African bank, was penalized N2 million for failing to promptly refund excess charges against the accounts of a customer and introduction of unauthorised monthly maintenance charges respectively.
Related Topics:
Up Next