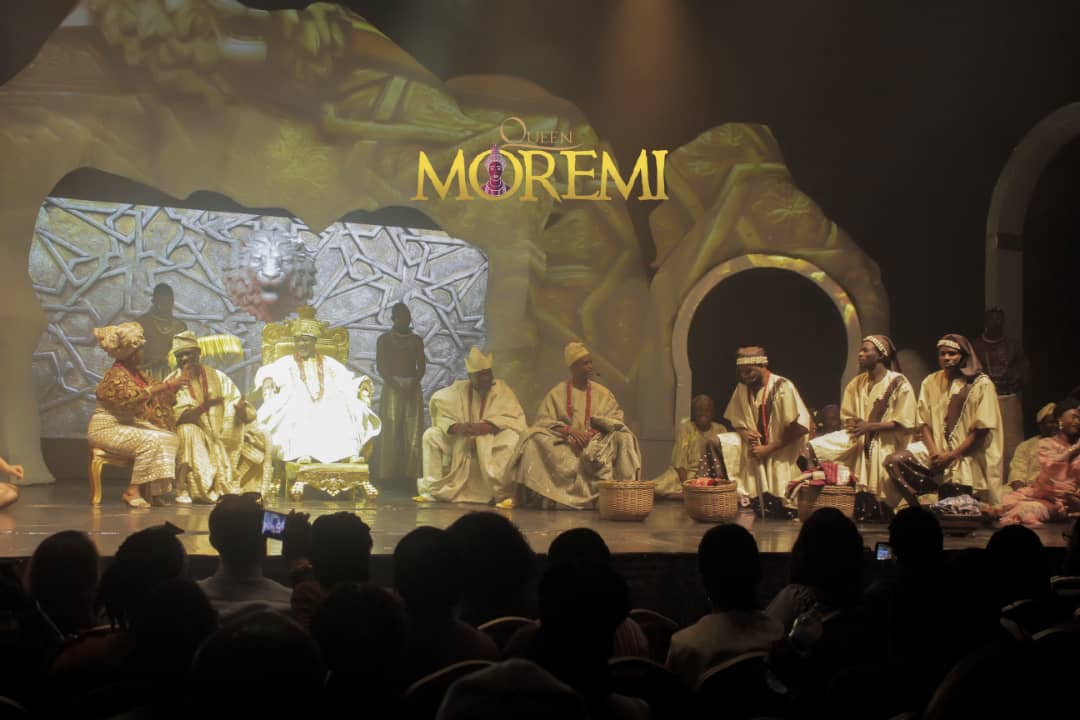 In a bid to honour the legacy of Queen Moremi Ajasoro of Ile Ife, wife, mother, warrior and a symbol of beauty and sacrifice, the House of Oduduwa Foundation, in collaboration with Rejevenee, among others, brought alive on stage the life and times of Queen Moremi tagged ‘Moremi, the Musical.’ Moremi the Musical is a story about love, faith, honour and the ultimate sacrifice. The show, which took place at Terra Kulture in Lagos, witnessed a massive turn out of lovers of history, arts and music.

Speaking at the event, Vice Chairman, House of Oduduwa Foundation and Ambassador, Moremi Ajasoro Brand, Princess Aderonke Ademiluyi, said the Moremi concept is a franchise of the House of Oduduwa Foundation and a number of projects were initiated by the foundation in order to immortalize the legend. According to Princess Ademiluyi, the franchise began with a beauty pageant, a book launch and the third part being the musical play of the life and times of Queen Moremi.

“We are dedicated to telling our story and the story of Queen Moremi is about a woman who dedicated her life to ensure that her home town of Ile Ife was safe from marauders. She was a sacrificial leader and that is what sacrificial leadership is all about,” says Ademiluyi.

Princess Ademiluyi believes that there is a need to talk about the story of Queen Moremi to enable our children and the younger generations know our history particularly the history of the Ile Ife town. “Our children should also know that a regular woman, who lived several years ago, stood up and dared to do things no man could do at that time.”

Spokesperson for Rejuvenee, major sponsors of the production, Lilian Amah-Aluko said seeing the story brought to life on stage made the decision to be part of it a worthwhile investment. Said Aluko: “At Rejuvenee, we celebrate beauty and wellness and when the House of Oduduwa approached us with sponsorship requests, we saw it as an opportunity to be part of something that celebrates the beauty of womanhood, as well as, send out the messages of courage and hope to our people, which queen Moremi personifies.”

Moremi the Musical was put together by Bolanle Austen Peters productions, together with a cast of veteran actors, that brought to life in musical form, the service and sacrifice of Moremi, a woman who eventually brought peace, progress and prosperity to Ile-Ife, a town that was bedeviled with strife and sorrows. Queen Moremi gave up her only son in order to achieve the peace that was eventually enjoyed by the entire Yoruba land and for her sacrifice; she is today honoured in all of Yoruba land and is a symbol of sacrifice. The House of Oduduwa Foundation is an initiative of the Ooni of Ife, Oba Adeyeye Enitan Ogunwusi