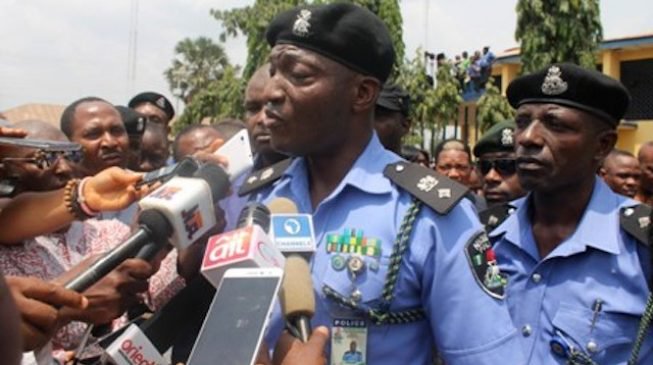 The Nigeria Police Force has denied a social media report that its personnel deployed to the North East to complement the military in the fight against Boko Haram protested.

It was reported that a social media report alleged that about 2,000 personnel of the force undergoing training in the North East dropped their weapons in protest.

A statement by the Force Spokesman, acting DCP Jimoh Moshood on Wednesday in Abuja, refuted the protest allegation.

He said the personnel have all successfully passed out from training and have been deployed more than a week ago.

“The force wishes to state that the video was mischievously doctored and circulated to mislead the public.

“There was no protest by any of the 2,000 personnel undergoing Special Forces training in the North East,” he said.

Moshood said that the personnel have been deployed to the frontline in Borno, Yobe and Adamawa states.

He enjoined members of the public to discountenance the video.