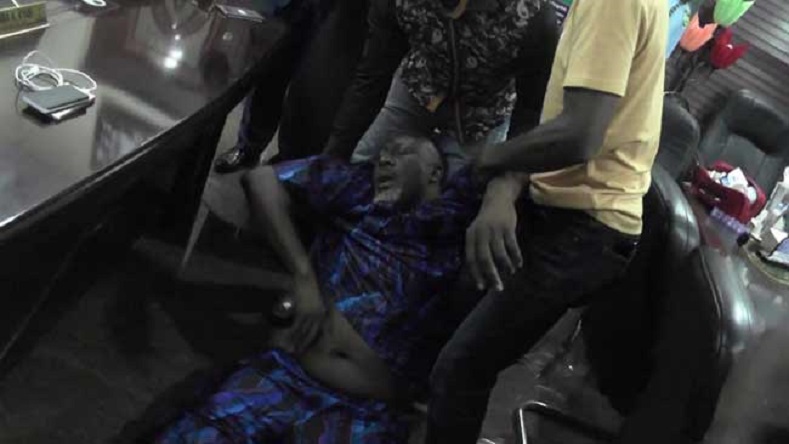 After eight days of siege at Senator Dino Melaye’s residence in Abuja on Friday finally ended as the Senator open his door to Police.

The lawmaker, who represents Kogi West constituency, opened the door to the residence himself on Friday afternoon in the presence of police operatives and some senators of the Peoples Democratic Party (PDP).

While coming out of the house, Senator Melaye slumped to the floor and was later assisted onto his feet.

He was thereafter taken to the office of the Federal Special Anti-Robbery Squad (FSARS) in Guzape, the nation’s capital.

Meanwhile, a source at the Force Headquarters in Abuja however confirm to our reporter that Senator Melaye is now in FSARS custody.

The police carried out a search of the lawmaker’s residence in the nation’s capital while he was taken to the office of the FSARS.

Although Senator Melaye had earlier said he was not in the house, the police said he opened the door to the residence himself at about 3 pm today (Friday).

When he came out of the door, he reportedly slumped to the floor in the presence of some senators of the Peoples Democratic Party (PDP) and police personnel.

No more dehumanisation of pensioners under my watch – Buhari