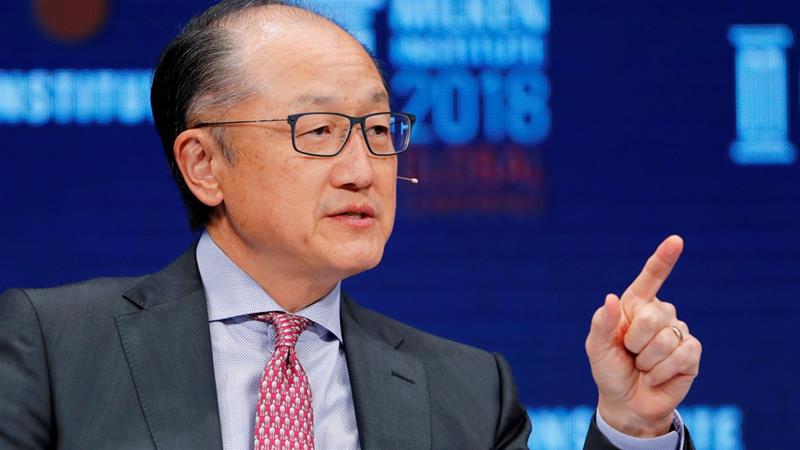 World Bank Group President, Jim Yong Kim, will resign effective from Feb. 1, more than three years ahead of the expiration of his term in 2022, the multilateral lender said on Monday.

Kim, 59, announced that he will immediately join a firm and focus on increasing infrastructure in developing countries, but the bank did not provide further details.

The Korean-born American will leave the role at the end of January, the Washington-based World Bank said in a statement.

The resignation comes as a surprise, as Kim was voted in for a second five-year term in the role in 2016.

The World Bank’s main role is to finance projects to fight poverty and its causes around the globe.

Kim was born on Dec. 8, 1959 and also a Korean-American physician and anthropologist who, serving as the 12th and current President of the World Bank since 2012.

On Jan. 7, he announced that he will be stepping down from his current role as President, effective from Feb. 1, 2019.

A global health leader, he was formerly the Chair of the Department of Global Health and Social Medicine at Harvard Medical School, and a co-founder and executive director of Partners In Health.

Kim was named the world’s 50th most powerful person by Forbes Magazine’s List of The World’s Most Powerful People in 2013.

He was awarded an M.D. at Harvard Medical School in 1991, and a PhD in anthropology at Harvard University in 1993.

He was among the first enrollees of Harvard’s experimental MD/PhD programme in the social sciences.

Opposition accuses May of ‘blackmail’ over Brexit deal pressure