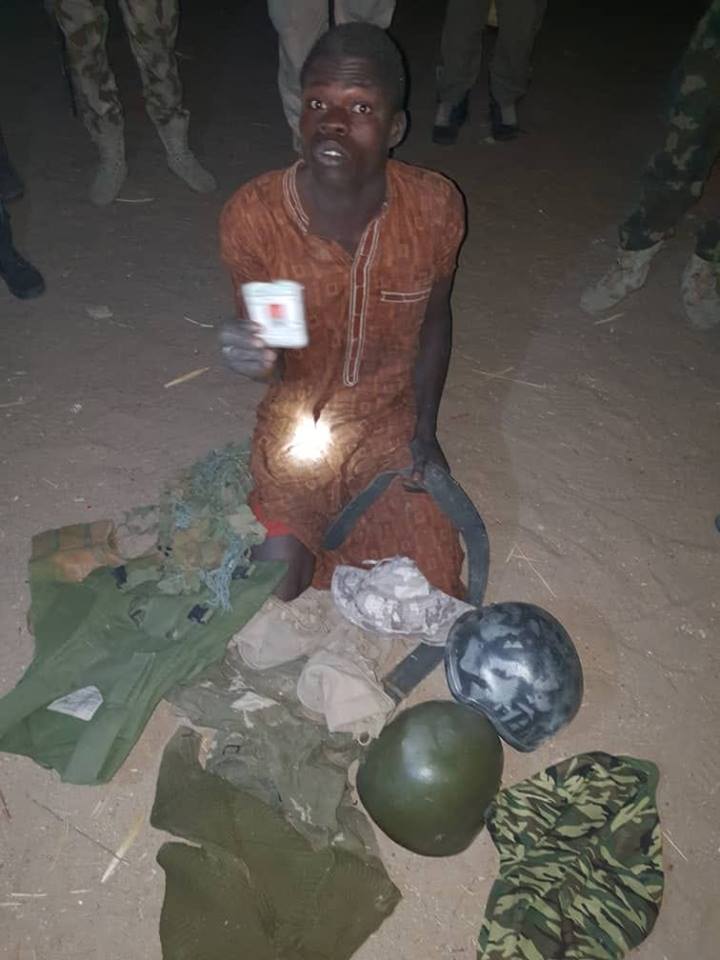 The Gallant troops of 7 Division Garrison of Nigerian Army has arrested a wanted Boko Haram terrorist in Borno State.

The troops nabbed the jihadist while carrying out cordon and search operations in conjunction with troops of 195 Battalion, Mobile Policemen and CJTF, in some parts of the fringes of Maiduguri on Friday.

The Army in statement signed by its spokesman, Brigadier General Sani Kukasheka Usman, said that the terror group member called Babagana Abubakar (aka Alagarno), was hiding at Bulabulim Ngarnam community.

“He has since been moved out of the area for further interrogation,” the statement read in parts.

Shun politicians who may want to use you, CAN President tells Nigerian youths

Saraki raises concern over his safety