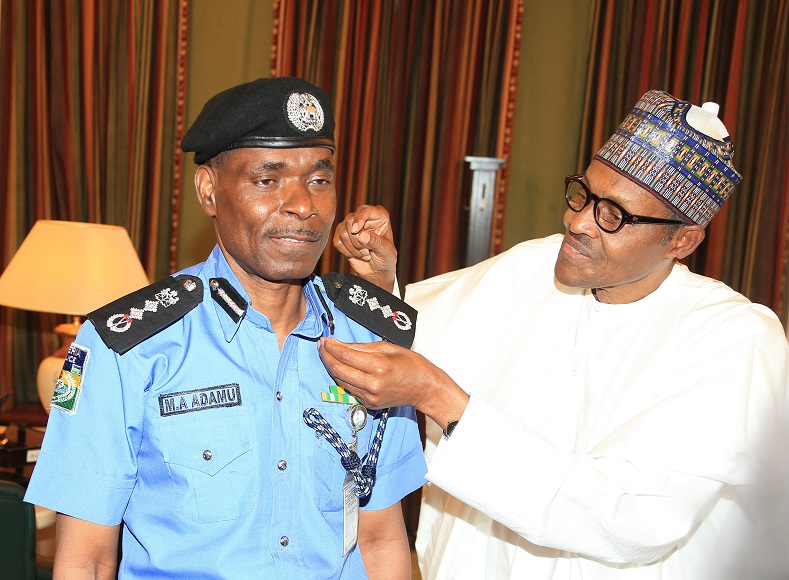 This was announced after outgoing IGP, Ibrahim Idris, and Adamu met with the President at the Presidential Villa in Abuja.

After the meeting, Adamu thanked President Buhari for appointing him and promised to restrategise to effectively tackle kidnapping and other security challenges in the country.

Mr Adamu’s appointment finally brings to an end the controversy surrounding the retirement of Mr Idris as there were speculations that President Buhari might extend his tenure.

The Force Public Relations Officer Jimoh Moshood also announced Mr Adamu’s appointment in a statement after the meeting at the Presidential Villa.

According to him, President Buhari asked Mr Idris to hand over to Mr Adamu following his retirement from service at the age of 60.

“He also sincerely expresses gratitude to all Nigerians across the country for the cooperation and support they accorded him and the entire personnel of the Force during his tenure.

“He enjoined them to extend the same level of support and assistance to his successor, Ag. IGP Mohammed Abubakar Adamu, mni,” he added.

He enlisted into the police on February 1, 1986, as Cadet Assistant Superintendent of Police.

Before his appointment as the acting IGP, he was a Directing Staff at the National Institute for Policy and Strategic Studies (NIPSS), Kuru, Jos, Plateau State.

He had also served as Commissioner of Police in Ekiti and Enugu States, as well as Assistant Inspector General of Police in charge of Zone 5 Police Command Headquarters, Benin, Edo State.