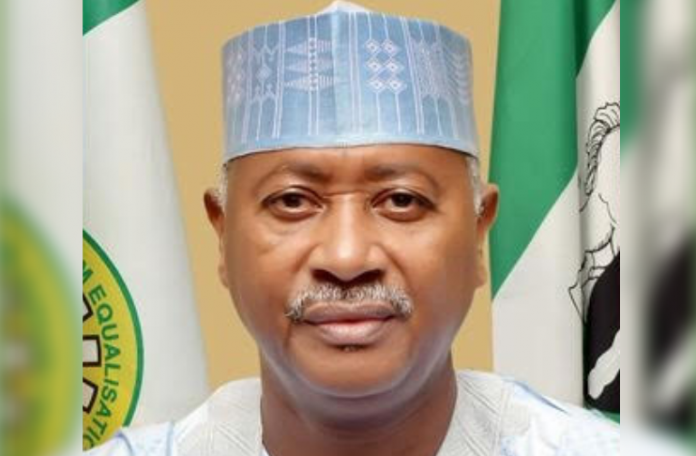 The Petroleum Equalisation Fund (PEF) says its Sensor Monitoring Project will help to track the quantity of Premium Motor Spirit (PMS) also known as fuel consumed in the country.

The PEF Executive Secretary Alhaji Ahmed Bobboi disclosed this while addressing newsmen on Tuesday in Abuja.

He said that the adoption of the monitoring mechanism was the outcome of the project embarked upon after a study to determine the technology gap assessment of its operations.

He added that PEF did the project in collaboration with other agencies in the petroleum industry.

According to him, the project will address the diversion of petroleum products and provide consumption data to critical agencies of government to help in economic planning.

“Up to today, it is difficult to determine the actual quantity of fuel consumed in this country. Different agencies give you different figures and I think it is not tidy. With the introduction of the Sensor Monitoring project, we believe it would serve to answer all the questions.

“The project for the Sensor Monitoring which was approved by the Federal Executive Council was supposed to last for three years, but work has already started.

“Work has started, some of the equipment we are going to use, such as the ICT equipment are being produced now; the contractor has already mobilised on site, work has started already.

He noted that the Fund had planned to commence equalisation of petroleum products through the railway but was suspended due to the proposed policies of the Federal Government.

He said that PEF was waiting to determine the direction of the government as regards the rail system, so that it could enter into discussions with the eventual managers of the railway on the modalities for the transportation of PMS and Liquefied Petroleum Gas (LPG).

“We planned to introduce the railway equalisation programme last year, but certain developments delayed it. One of the development is the government policy of divesting from that area, because government is considering concessioning the management of the railway system.

“We want to wait and see who will end up managing the railway, whether it is government or the private sector, so that we would discuss with them and agree on the modalities,” he added

Bobboi said that PEF was also considering transportation of petroleum products through the waterways, adding that the introduction of alternative means of transportation of the products would reduce the pressures on the roads and create employment opportunities for Nigerians.

“We are also thinking about marine transportation in the near future. This is because we believe that if we introduce alternative means of transporting the products, it would reduce the pressure on our roads, reduce the wear and tear of the roads.

“It will also create job opportunities for people who want to work in those areas,” Bobboi noted.

Commenting on Aquila 2 project, he said that the project had not been abandoned but had been subsumed inside the Network Sensor Monitoring project

‘Aquila 2’ project, was expected to monitor products movement from receiving depot up to the retail outlet of the oil marketers.

Trading sustains growth on NSE, index up by 1.07%