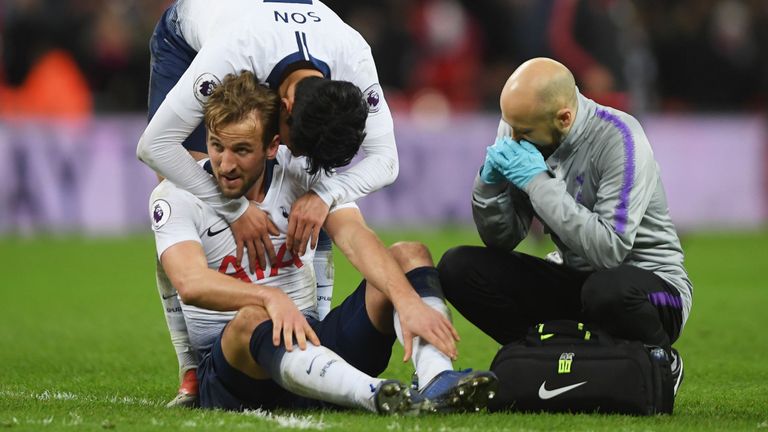 Tottemham Hotspurs has confirmed that forward Harry Kane would be out until March after sustaining a ligament injury in their 0-1 loss at home to Manchester United on Sunday.

The club revealed this on it’s twitter handle @spursofficial on Tuesday.

“Following preliminary assessments, we can confirm that Harry Kane has damaged ligaments in his left ankle, sustained during Sunday’s match.

“He will continue to be monitored by our medical staff as he commences rehabilitation and is expected to return to training in early March,” Spurs tweeted.

Meanwhile the England captain hopes to get fit in due time.

“Injuries are part of the game but one will be working harder to get back fit. Thanks for the messages,” he tweeted via his handle @HKane.

Nadal advances into third round with near flawless display