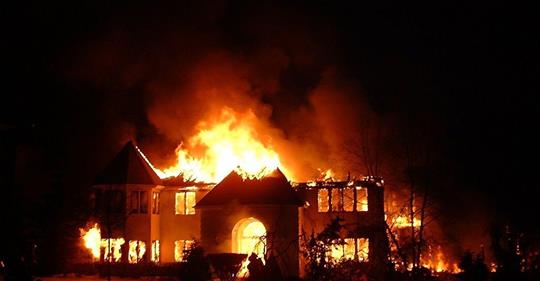 Jimoh Ibrahim and his late mother

It was gathered that the victim was at her house in the Victoria Garden City, Lagos, when a fire broke out around 2.00am.

She was said to have been burnt to death before the inferno was put out by firefighters from the Lagos State Fire Service.

He noted that the remains of the deceased have been deposited in a morgue, adding that investigations were ongoing to determine the cause of the fire.

The late Mrs Ibrahim had relocated to VGC, closer to her billionaire son after she was freed by kidnappers who abducted her in 2011.

She had been kidnapped in Igbotako, Ondo State and released in Sapele, Delta State after her family had reportedly paid a huge ransom.

Her son, Jimoh, is said to have relocated to Dubai where he now lives.