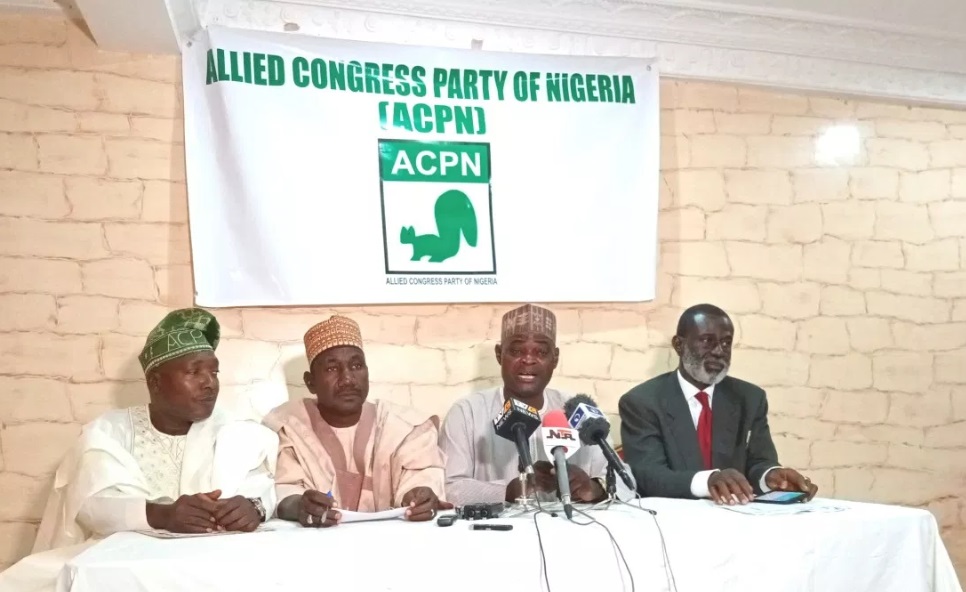 The Allied Congress Party of Nigeria (ACPN) Thursday criticised Dr. Obiageli Ezekwesili’s decision to drop out of the 2019 presidential race accusing her of using the party to negotiate to be Nigeria’s finance minister.

ACPN in a press statement made available to journalists during a press briefing in Abuja said her action was taken without consulting the party.

“This she does not seeing fit to inform the party whose mandate she is holding,” the party stated.

The statement signed by the party’s chairman, Gani Galadima, and running mate of Mrs Ezekwesili; Paul Isamade; National Secretary; and other officials said, “I have been put into confidence by one of her aide named lyinoluwa Aboyeji that she only wanted to use the platform of the Allied Congress Party of Nigeria (ACPN) to negotiate to be Nigeria’s finance minister.”

The party, therefore, declared its support for President Muhammadu Buhari of the All Progressives Congress (APC).

The party also accused Mrs Ezekwesili of opening several accounts in the name of the party and her campaign without the knowledge of the party. It urged her to return all properties and donation received.

When asked if the party had an idea how much she got, the secretary of the party, Paul Isamade, revealed she admitted to the party about a month ago that she got $5000 and N35 million from local donations.

He also said she opened up to have spent N29 million so far.

Although, Dr Oby Ezekwesili had said in her Thursday morning statement that she would provide details of her campaign expenses.