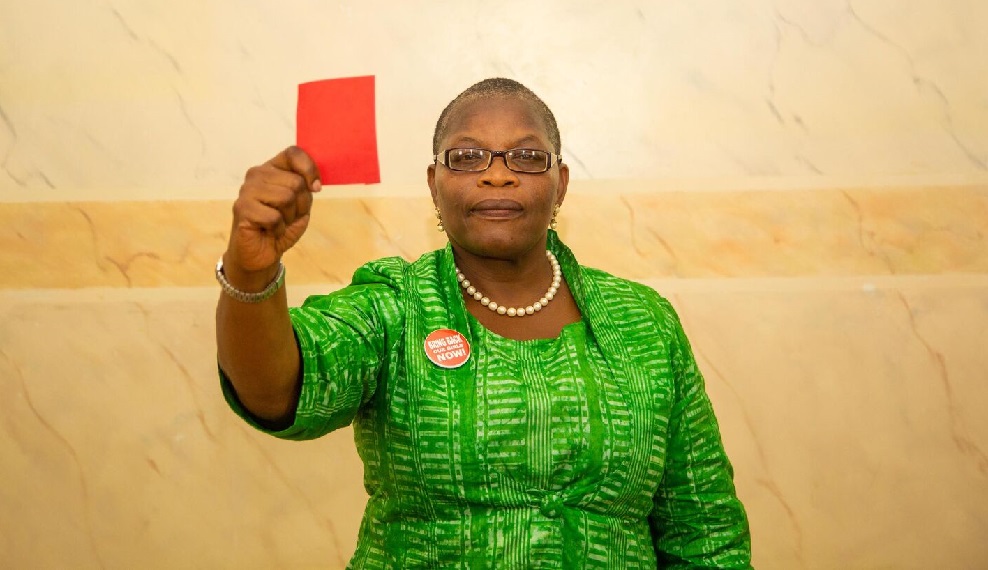 The former Minister of Education who was contesting under the umbrella of the Allied Congress Party of Nigeria (ACPN) announced this in a series of posts on Twitter.

According to her, “I have decided to step down from the presidential race and focus on helping to build a Coalition for a viable alternative to the #APCPDP in the 2019 general elections.

“This coalition for a viable alternative has now more than ever before become an urgent mission for and on behalf of the citizenry,” she added.

“Over the past three months, I have been in private extended talks with other candidates to make a coalition possible that would allow Nigerians to exercise choice without feeling helplessly saddled with the #APCPDP.”

Ezekwesili, a two-time minister and former vice president for Africa at the World Bank, cofounded the #BringBackOurGirls campaign to raise awareness about the more than 200 schoolgirls kidnapped by the armed group Boko Haram in 2014.

Her withdrawal leaves incumbent Muhammadu Buhari and former Vice President Atiku Abubakar as the main contenders for the election, slated for February 16.

Following the reactions of Nigerian citizens at home and abroad to the 2019 Presidential Debate held on Saturday 19 January 2019, and after extensive consultations with leaders from various walks of life across the country over the past few days…