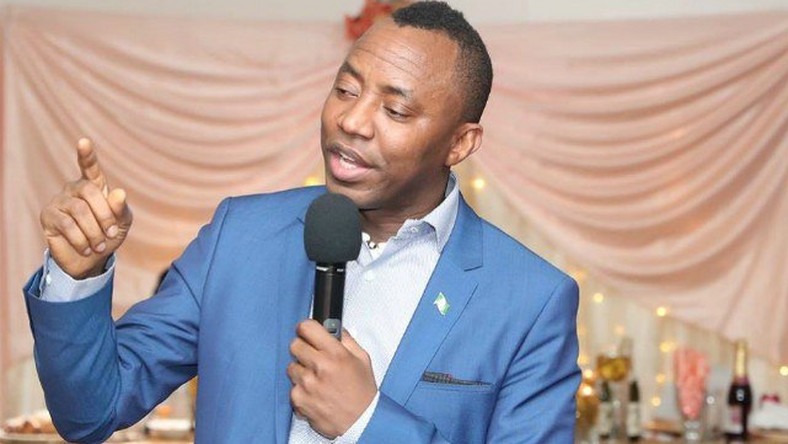 The Presidential candidate of the African Action Congress (AAC), Mr Omoyele Sowore, has said that his interest is to ensure that Nigeria has steady power supply.

Sowore stated this on Wednesday in Abuja at a town hall meeting tagged: “The Candidates’’ organised by the Nigerian Television Authority (NTA) injunction with DARIA Media with support from the MacArthur Foundation.

He said the Federal Government has the responsibility of providing electricity to Nigerians.

“My interest is to ensure that there is power, whether it is on exclusive or inclusive list, which ever list it belongs as long as I am elected as the president of the Federal Republic of Nigeria I can light up the country.

“There will be a legislative agenda that I will discuss with the lawmakers at the National Assembly that the most important thing is not the list where power belongs but how our people can get electricity.

“What I am saying is that this idea that we are deregulating and privatising a sector that is on the exclusive list and federal government is not suppose to say anything about it is the oxymoron of the power sector.

“They don’t want light in the country. We have paid for it. Where did the N16 billion that we spent on the power sector came from? It is the federal government.

“The federal government needs to drive the laws, recover what needs to be recovered. What our people need is light,’’ Sowore said.

The AAC presidential candidate said the federal government has enough power to lighten up the country by looking at the rules and laws, as well taking the right and bold decisions.

Sowore said the children would not be able to learn well, while the country’s economy would not be developed with an economy that is built on darkness.

He stressed the need to distribute the available prepaid meters to all households to address challenges in wrongly estimated bills, as well as withdrawing the licenses of distribution companies that are not performing.

“We cannot continue to pamper them if they are not doing what they are licensed to do,’’he said.

On the Education sector, Sowere said that his administration would address the challenge in the sector through adequate funding and proper planning.

He said that his administration would invest N1.3 trillion over a period of four year to take millions of Nigerian children roaming the streets back to school.

He also said to address out of school syndrome the police need to enforce the Universal Basic Education Commission (UBEC) Act by prosecuting parents who refused to send their children to school.

His running mate, Mr Rabiu Rufai, said that the government of AAC would work to get 13.5 million out of school children back to the class room.

Rufai added that in developing the education sector, the AAC administration would recruit more teachers from unemployed Nigerians who have the requirements.

He said that the most important issue in the minds of Nigerians were those of education and health sectors.