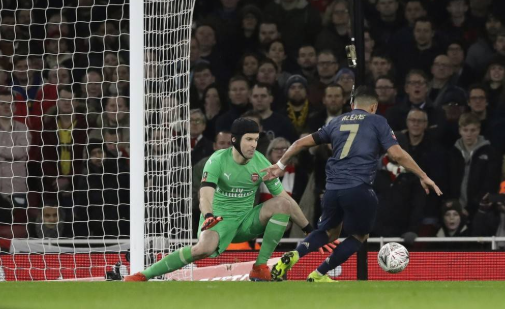 Ole Gunnar Solskjaer has won all eight games in charge of Manchester United after a 3-1 FA Cup win at Arsenal on Friday. Alexis Sanchez scored on his return to Arsenal in a 3-1 victory for Manchester United in the fourth round of the FA Cup.

United were not at their best but quickfire goals in the first half from Sanchez and Jesse Lingard, both of which were set up by Romelu Lukaku, gave them a 2-0 lead at the Emirates Stadium on Friday.

Arsenal hit back through Pierre-Emerick Aubameyang but could not find a way to beat David de Gea’s deputy Sergio Romero again, with Anthony Martial’s late third wrapping it up for United.

Victory for United means they have won eight games out of eight in all competitions under Solskjaer, while opposite number Unai Emery will rue injuries to defenders Sokratis Papastathopoulos and Laurent Koscielny.