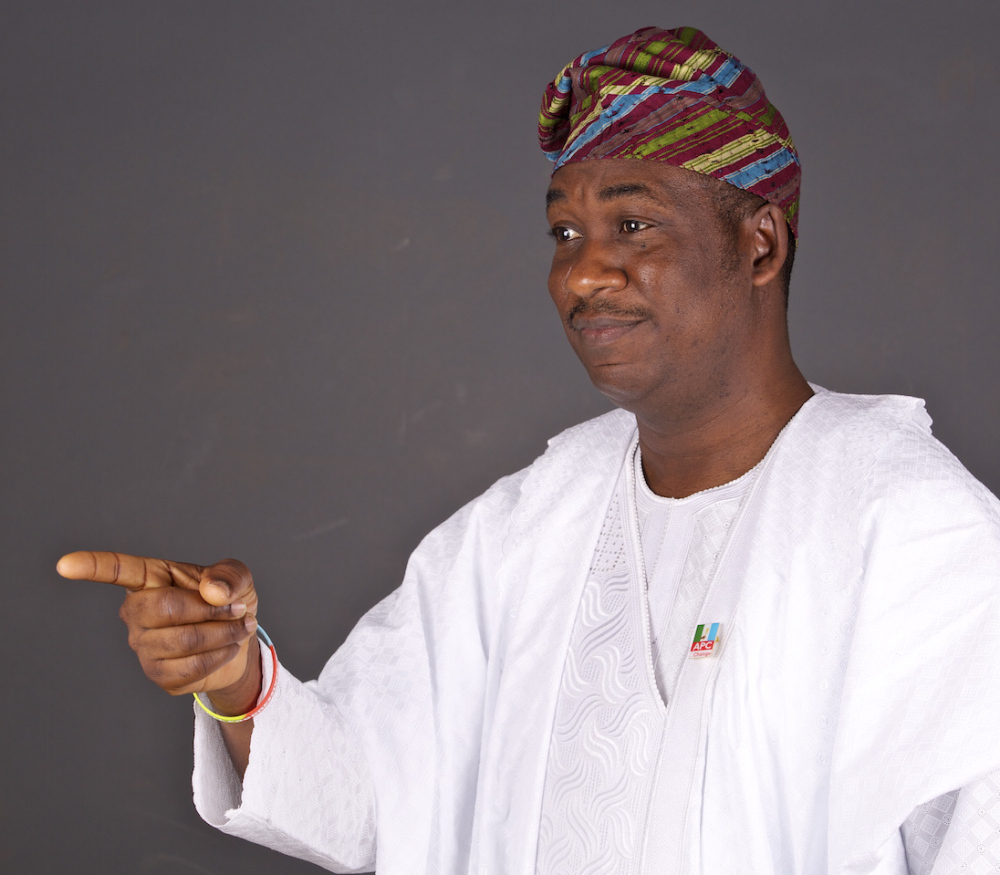 The All Progressives Congress (APC) Deputy Governorship Candidate in Lagos State, Dr Obafemi Hamzat, says there are no plans to demolish the Ladipo Spare Parts Market in Mushin area if the party wins again in the March 2 poll.

Hamzat, a former Commissioner of Works and Infrastructure in Lagos state, said this at a town hall meeting organised by the Ndi-Igbo in APC Lagos State.

The meeting was to interact with the party’s gubernatorial candidate, Mr Babajide Sanwo-Olu and Hamzat, in Lagos.

He said that their government would improve on the market rather than demolish it.

The Peoples Democratic Party (PDP) governorship candidate in Lagos, Mr Jimi Agbaje, who visited Ladipo Spare Parts Market in Mushin on Jan. 23, had alleged that the APC led-administration was threatening to shut the market.

Hamzat, however, said: ”Our government has no plans of demolishing the Ladipo spare parts matket. That market has been existing even before I was born.

”We will run a government that will be inclusive, where everybody, irrespective of tribe, ethnity, religion and background will participate.

“As long as you live in Lagos, you are a ‘Lagosian’. The Igbos have been very supportive, we have been working together as a state and they deserve adequate recognition.

”I’m appealing that you vote massively for the APC, it is a party that will guarantee the future of our children.

“Let’s make sure Lagos continues to progress so that we can continue to do our businesses in peace,” he said.

Hamzat said with the huge projects and infrastructure development delivered by the APC government in the last three years in the South East, he was sure that the Igbos would support and vote for the party.

”I was a special adviser to Mr Babatunde Fashola, the Minister of Power, Works and Housing, and I can boldly say that we have delivered many projects in the South East,” he said.

”APC in Lagos has been tested and trusted, as we have been delivering on our promises in the last 20years.

”I also want to advise that given the large number of registered political parties, the thumb printing space on the ballots paper will be tiny.

“I, however, advise that you use your index finger to fit the space,” Balogun said.

In his address, Mr Joe Igbokwe, apex leader, Ndi-Igbo in APC, Lagos, said that Ndi-Igbo had been investing and contributing to the development of the state.

Igbokwe said that Ndi-Igbo did not have a quarter of the investments they had in Lagos in the eastern states put together.

According to him, the Igbos in Lagos have to build and protect the state by supporting and voting massively for Sanwo-Olu of APC.

He urged Sanwo-Olu and Hamzat to ensure their administration gave the Ndi-Igbo due recognition in their policies and programmes as co-partners in progress.

Igbokwe also urged the people from the South East to vote for APC in the coming elections to secure Igbo presidency in 2023.

”Let our leaders see our massive votes and we will begin to negotiate Igbo presidency in 2023,” he said.