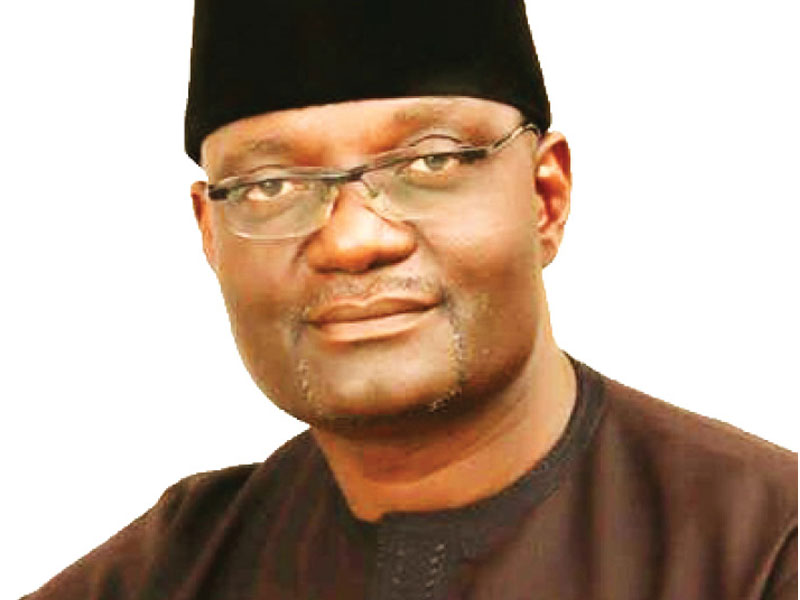 Mr Emmanuel Jime, the All Progressives Congress (APC) Governorship candidate in Benue, has berated Gov. Samuel Ortom for allegedly failing to pay workers’ salaries or execute meaningful projects in the state since assuming office in 2015.

Jime said on Tuesday in Katsina-Ala while addressing APC supporters during his campaign, that though the state had received more than N402 billion from the federation account, there was nothing tangible to show that was of immense benefit to the people.

Jime noted that the governor had not only failed to pay the salary arrears of workers, but also failed to create jobs or address the poverty level of people in Benue.

Jime pledged that if elected, he would provide jobs, build industries and ensure that the Katsina-Ala Yam Flour Mill commence production.

Also, APC senatorial candidate for Benue North East, Mrs Mimi Orubibi, said any governor that executed no projects within the first term of office has no business seeking a second term.

The APC House of Representatives candidate for Ukum, Logo and Katsina-Ala Federal Constituency, Mr Solomon Wombo, said the incumbent administration in the state has not done enough to improve the wellbeing of the people.

Wombo, a former Special Adviser to ex Governor Gabriel Suswam, noted that in spite of the support the people of Sankera gave to the PDP, they gained nothing in return.

He therefore urged them to vote APC in the upcoming elections in order to benefit from the dividends of democracy.

Also addressing the party supporters, the APC state chairman, Mr Abba Yaro, urged the electorates in the state to vote President Muhammadu Buhari and all APC candidates during the forthcoming polls.

Our correspondent reports that party flags were presented to APC candidates in the area by the chairman.

I will restore investor confidence in the economy — Atiku