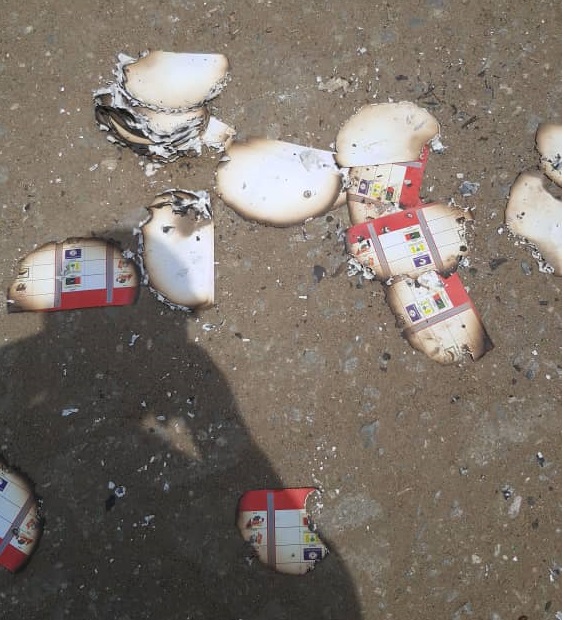 The Independent National Electoral Commission (INEC) says it will announce its decision on the violence and report malfunction of the card readers in some polling units in parts of the country.

INEC’s Commissioner in charge of Voter Education, Festus Okoye, announced this in Abuja on Saturday while giving an update on the ongoing Presidential and National Assembly elections.

He added that the commission has received field reports of violence, burning of ballot papers in Lagos, Rivers and Anambra states.

Mr Okoye said the Resident Electoral Commissioners in the states have been directed to present a report on these incidents and INEC would take a final position on them.

The card reader was reported to have failed in some polling units in different parts of the country, with the INEC officials resorting to the using the voter register to authenticate the affected voters.

Also, a number of deaths have been reported following the outbreak of violence in some states, especially Rivers State, where a soldier was said to have been killed during a clash between troops and hoodlums in the Abonema area of Port Harcourt.