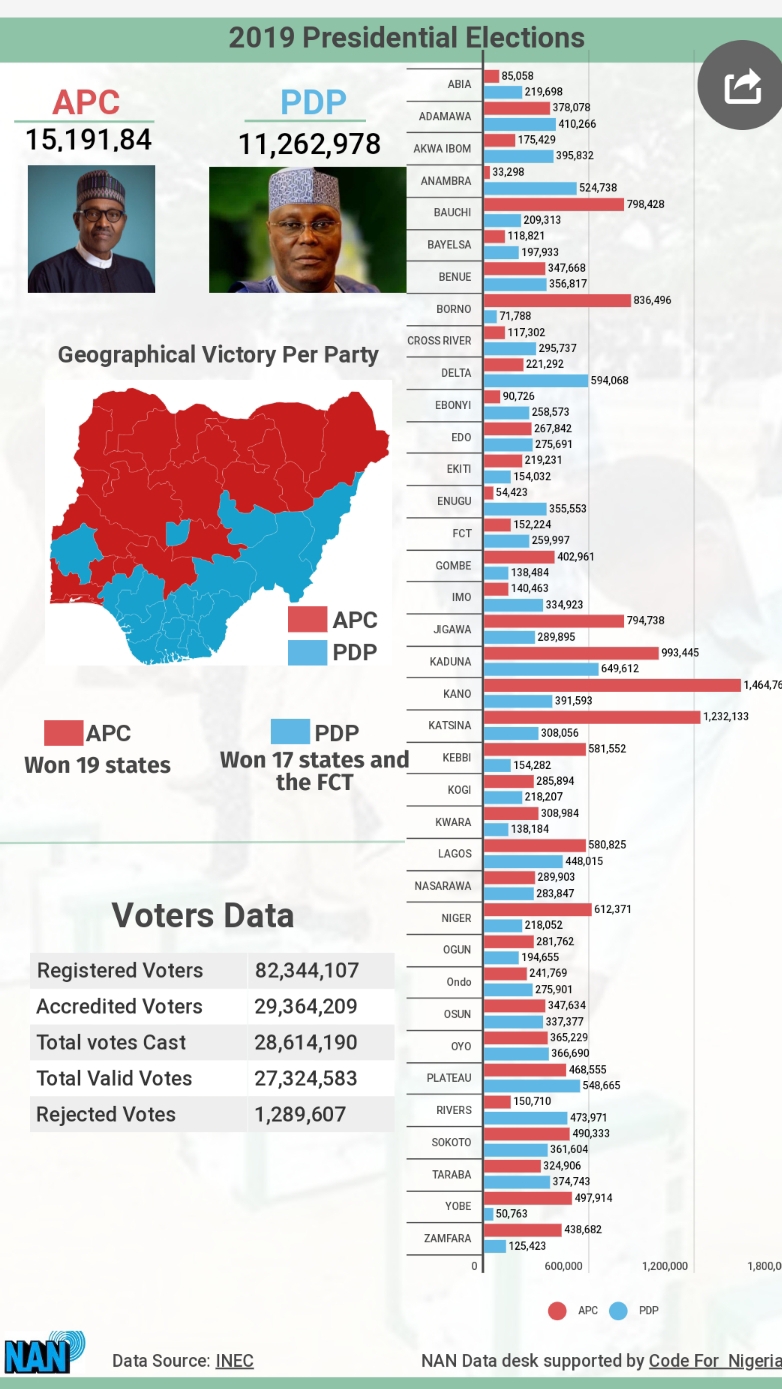 President Muhammadu Buhari is set to be re-elected to lead Africa’s most populous country for an additional four years. At the end of collation on Tuesday night, President Buhari crossed the 15 million mark in votes scored in 36 states and the Federal Capital Territory.

Buhari also satisfied the constitutional requirement of making 25 per cent in 34 states and the FCT. He missed the cut in Enugu and Anambra. According to the electoral commission, 29,364,209 votes were cast out of which 27,324,583 were valid while 1,289,607 votes were rejected.