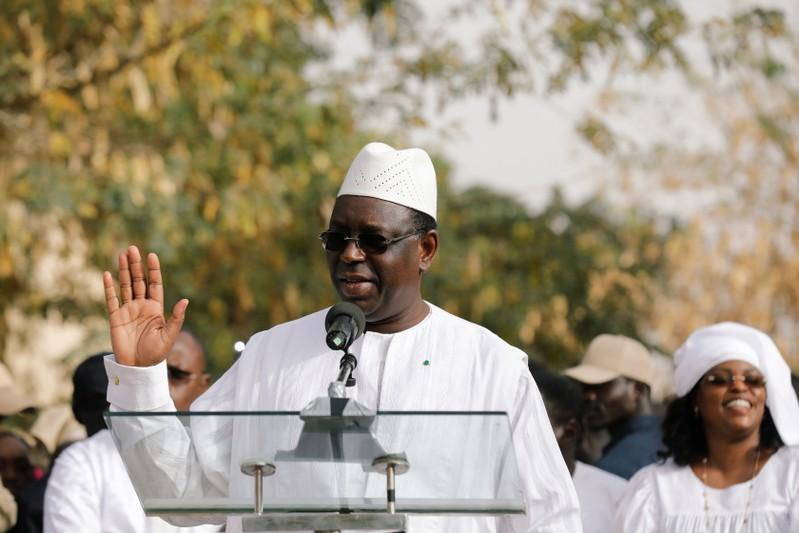 The majority win hands Sall a second term without a run-off vote.

Opposition candidate, Idrissa Seck, came second with 21 per cent of votes, while Ousmane Sonko placed third with 16 per cent.

Sall, whom rights groups have criticised for squeezing out rivals was tipped to win after a modernising first term that propelled Senegal’s economic growth to more than six per cent – one of the highest in Africa.

Since Sunday’s vote, opposition candidates have rejected reports of an out-right victory for Sall, saying their tallies point to a second round of voting.

Seck and Sonko have not yet commented on the National Vote Counting Commission’s results, which are preliminary until validated by the constitutional council.

The candidates have 72 hours to register an appeal.

Senegal has long been viewed as West Africa’s most stable democracy, with peaceful transitions of power since it gained independence from France in 1960.

More than 66 per cent of 6.7 million registered voters took part in the election.

Sall, in power since 2012, became the election’s frontrunner after two prominent opposition figures were excluded.

Karim Wade, a former minister, and Khalifa Sall, the former mayor of Dakar, were barred from the election over convictions for misuse of public funds.

Merkel sets out conditions for Huawei’s participation in 5G