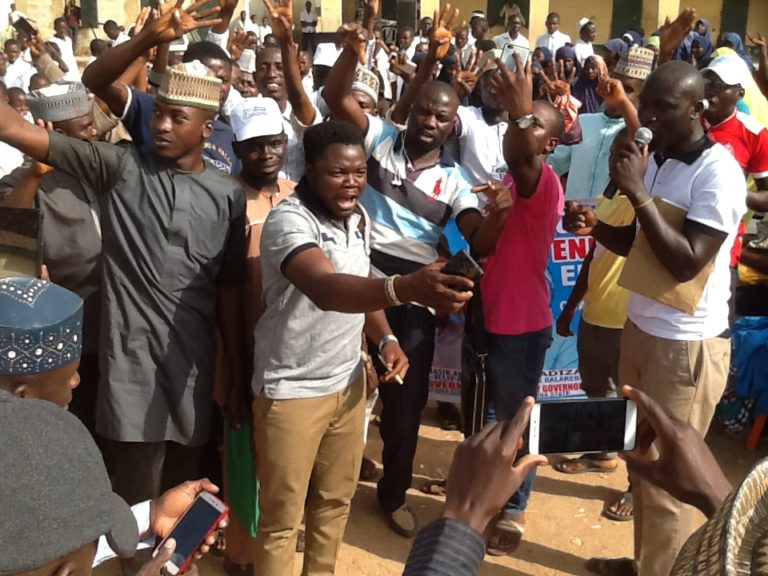 Speaking to Journalists shortly after the prayer session, the Convener of the exercise, Malam Danladi Umar-Abdullahi said the essence was to show solidarity with the governor and endorse him.

“The essence of our gathering here is to thank God Almighty for his blessings upon us, to pray for prevailing peace in Nigeria as a whole and Kaduna State in particular.

“We are here also to appreciate Gov. Nasiru El-Rufa’i for his foresight, wisdom and zeal to sanitise education system in the state, we pray for his victory in the forthcoming gubernatorial elections.

“His victory is a victory for all people of Kaduna State because we believe it will give him the opportunity to further sanitise and transform the education sector,” he noted.

According to him, when education system is truly transformed the entire society will be transformed being the bedrock of any meaningful development.

Umar-Abdullahi said the gathering cut across all primary school teachers including newly recruited and old ones, adding that both males and females were in attendance.

He said: “As you can see here, we are more than 10,000, because primary school teachers from eight Local Government Areas of zone one are here to pray for the victory of our amiable governor.

“What impressed us much is that even the old teachers we joined to teach together are here with us, because they knew that education has improved across the state, in view of the fact that a primary three student can now speak English.

“We now have enough books to teach pupils according to the syllabus, unlike before, where teachers designed what to teach not necessarily in accordance with the syllabus or scheme of work.”

On their expectations after the elections, Umar-Abdullahi advised the governor to continue with his education transformation process by organising training and retraining of teachers continually.

“We are together with Gov. El-Rufa’i, we want him to introduce termly or biannual teachers’ training through seminars, workshops and the likes.

“This will develop the talent of teachers and make them more professional and enable them inculcate sound education on the young pupils,” he said.

Recall that the governor had in 2017 sacked about 21,780 teachers who allegedly could not pass primary four pupils’ examination.

Our correspondent also recalls that the same government has began the recruitment of 24,000 teachers to replace the sacked ones.

Police investigates killing of an officer in Lagos