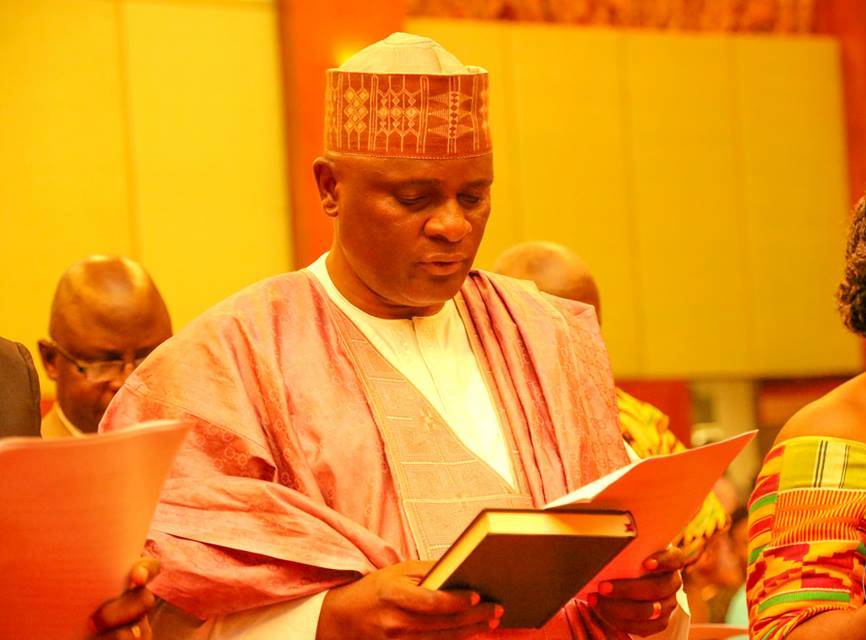 Bawa, who spoke at the 62nd Independence Anniversary ceremony of Ghana held in Abuja, described the relationship between his country and Nigeria as a “ phenomenal development.’’

Bawa said “as citizens of a global world, we need to uphold the tenets of unity and rally round governments to bring the needed growth to our individual countries.

“As citizens we have to step out and help in ending corruption which has so far affected our development.

“There is growth between Ghana-Nigeria bilateral relations since the past three years; both countries are focused in their determination to increase trade, investment and political exchanges to enhance peace and prosperity.

“Ghana and Nigeria have bonded through years of shared culture and societal values, and both countries have mutually benefitted from this experience.

He promised to continue to build on the existing relationship between Ghana and Nigeria through faith and the spirit of brotherliness to achieve the desired goals.

The envoy commended the government and people of Nigeria for a successful presidential election on Feb. 23.

Also speaking, the Minister of Foreign Affairs, Mr Geoffrey Onyeama, said that the relationship between both countries had existed for long.

Onyeama was represented by Mr Bashir Dani, a staff in the Department of West-Africa in the ministry.

He lauded the relationship between both countries, saying it had been based on mutual respect for one another.

He commended the leadership of Ghana for the sustenance of the bilateral relationship covering all spheres of diplomatic relations.

“Indeed, Nigeria and Ghana have both enjoyed mutual and beneficial bilateral trade relations which has seen our nation emerge as largest and second largest economies in West Africa respectively.

“I reaffirm Nigeria’s readiness to operate in the conclusion of all outstanding agreements, serving as viable framework to promote our bilateral relations,” Onyeama said.

In an interview, the Emir of Jigawa, Alhaji Najid Kazaura, extolled the bilateral relations between Nigeria and Ghana, saying it was based on mutual cooperation.

“Our relationship has passed the level of diplomacy into brotherhood.

“Our being here has opened the door for further transactions; Ghana and Nigeria are one of the same in terms of culture, as well as socially and politically,’’ he said.

Recall that Ghana attained independence on March 6, 1957 and became the first Sub-Saharan African nation to attain such landmark.

The ceremony with the theme, “Celebrating Peace and Unity,” attracted stakeholders from the diplomatic community and featured a musical interlude and pose for photographs.