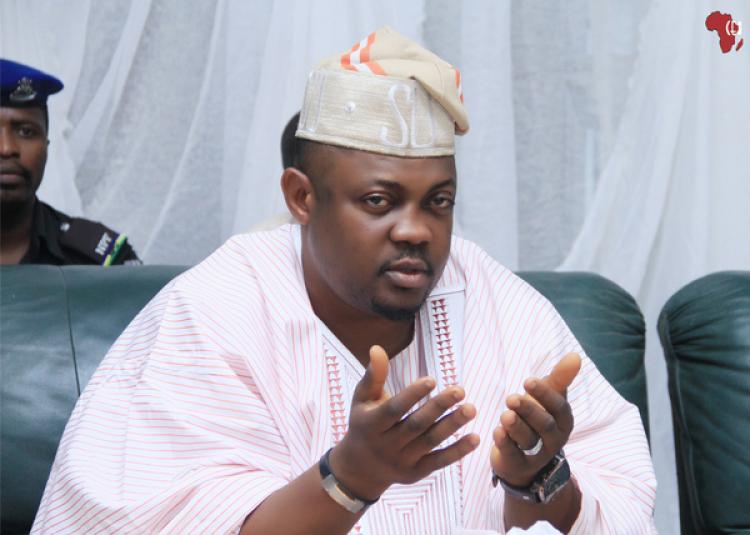 Sugar was shot in the eye by suspected thugs in Elesu village in Ward 13, Lalupon, Lagelu Local Government Area of Oyo State, on Saturday evening.

It was learnt that Olotoye was rushed to the Accident and Emergency Centre of the University College Hospital (UCH) in Ibadan.

A source in his village, who confirmed the newsmen said that he was shot by persons suspected to be thugs.

“Mr. Olatoye Temitope, a.k.a., ‘Sugar’, has just been shot at his village in Lagelu area of Oyo State, but I can’t say if he was shot dead. He was shot in the eye by some of the thugs who stormed his area and they have rushed him to UCH here in Ibadan,” he said.

The lawmaker, who is a member of the Action Democratic Party (ADP), had contested in the February 23, 2019, national assembly poll for the Oyo State senatorial district seat, but lost to Teslim Folarin of the All Progressives Congress (APC).

Olugbenga Fadeyi, spokesperson of the Oyo State Police Command, confirmed the news but said he was yet to “get the facts of the story”.

“Well, I have not gotten the facts yet, but give me more time to confirm and I will get back to you,” he briefly told our reporter over the phone.

In the same vein, Mr Frank Mba, the Police Public Relations Officer on national television said that Mr. Olatoye Temitope, was returning from an event when his cars ran into the thugs who thereafter opened fire on the Federal lawmaker.