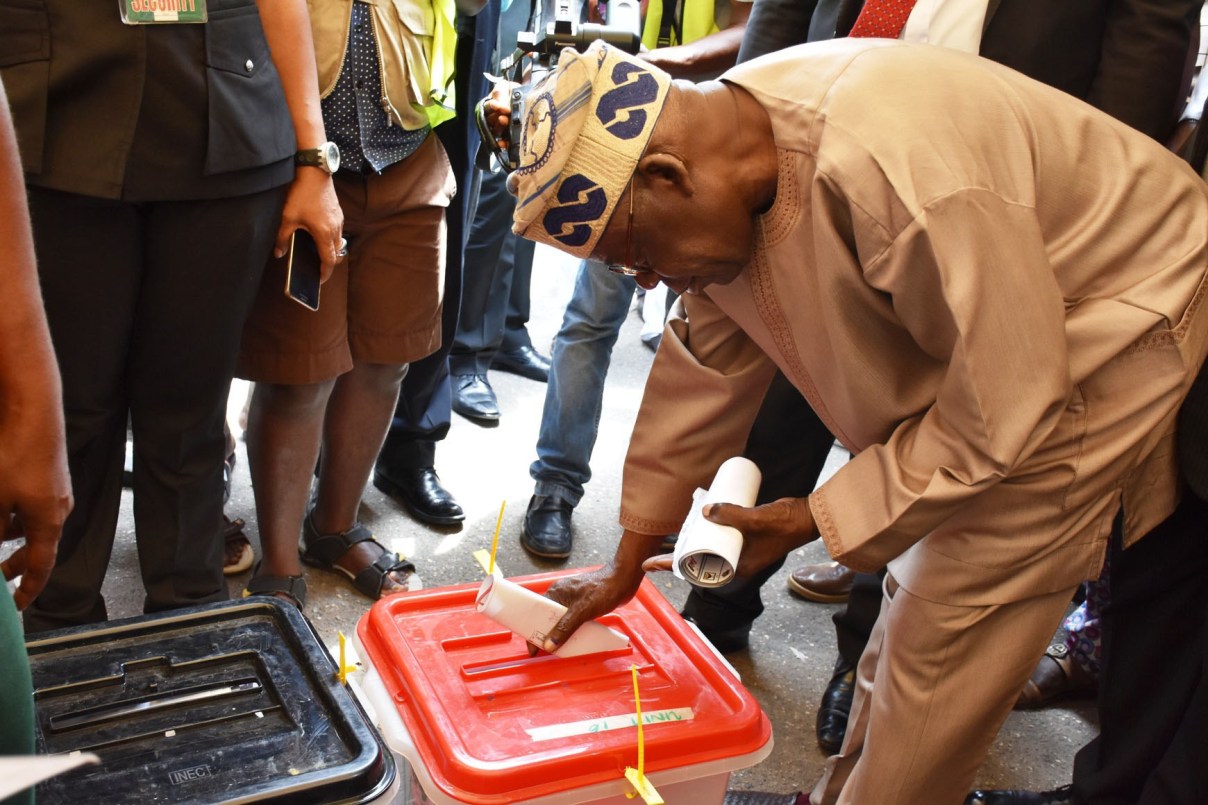 The National Leader of the All Progressives Congress, Asiwaju Bola Tinubu, has said that his party will clear the polls because it is “the only party” in Lago State. The ex-Governor of Lagos State spoke with the News Agency of Nigeria after casting his vote in the Saturday governorship/state Houses of Assembly election in Lagos.

“We are going to win because we are the only party in Lagos State. Others are pretenders — they come and they will go away. A leopard cannot change its skin. “Lagos State belongs to the progressives; we are progressives and we will remain progressives,” he said. Tinubu said that Lagos State had been the best in terms of economic development, insisting that right from his tenure as governor till date, the state has witnessed tremendous development.

“For Lagos, it has seen tremendous development since I was the governor. Before then, the highest Internally Generated revenue was N600m per month. Now, it is over N30bn. “No other state has achieved what we have achieved — financial independence — as Lagos State. They all depend on allocation from the Federal Government. “Lagos State today will not depend on any allocation before we take care of capital needs. We build roads and bridges everywhere from Oregun to many parts of the state. “The real estate value of Lagos State has exponentially increased than any other state in the federation.

“We are the fifth largest economy in Africa. Let me see that governor who will do better than that,” the politician said. Decrying the violence that marred the elections in Okota area of Lagos during the presidential and National Assembly elections of February 23, Tinubu assured that the state would always continue to be home for all, irrespective of where residents come from.

“We will continue to welcome everybody to Lagos State. We cannot stop people from coming to the state. If Lagos is not good enough, they won’t come. “If the state is plagued with disease or insecurity or unemployment, people won’t come. “Those leaving their states to come to Lagos are welcome; they are not a threat,” he said.

I am not satisfied with delay in commencement of elections in Lagos, says Lai Mohammed