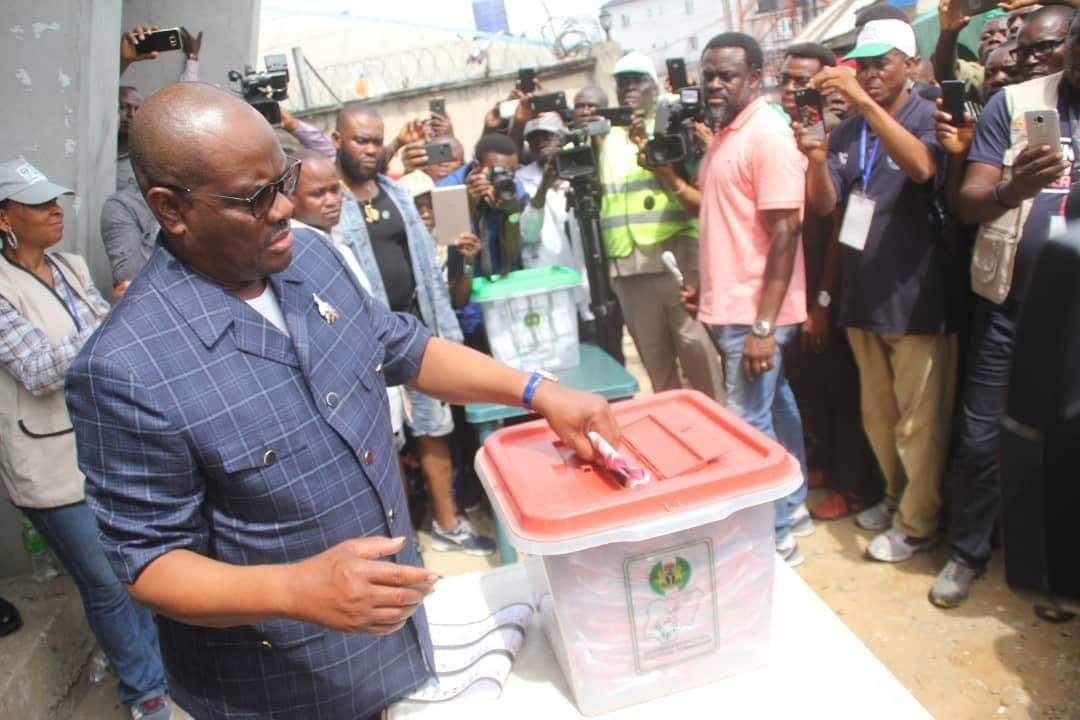 Gov. Nyesom Wike of Rivers, accompanied by his wife, Eberechi on Saturday voted in the Governorship and State Assembly elections and declared that he was confident of victory.

He voted at about 10.47a.m at Unit 7, Ward 9 of Obio/Akpor Local Government Area in Rivers State after he was duly accredited.

Addressing journalists after voting, Wike said that in spite of “attempts to manipulate the election in some local government areas”, he was sure of victory.

“We are hoping that it will continue to be like this. Sometimes, the voting goes on smoothly, but the main thing is at the collation centres.

“For now, we are satisfied and confident that we will win this election very well.

“We are not afraid. We don’t know how many local government areas they can manipulate.

“But with reports we are getting, even though they are trying to be funny, we shall win,“ he said.

Bakare: I will contest after Buhari