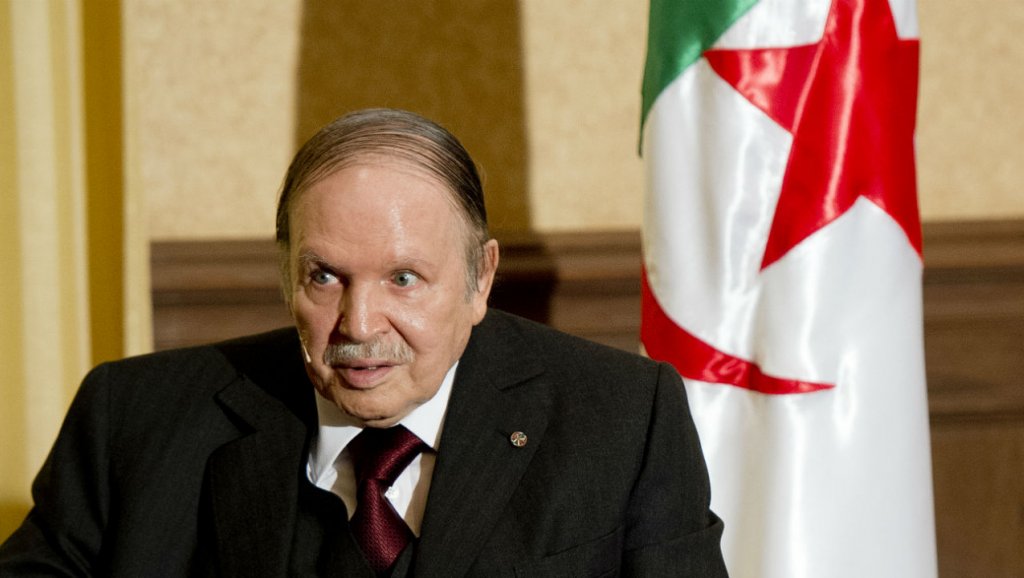 Algerian President Abdelaziz Bouteflika on Monday again defied mass protests calling for his immediate resignation, insisting on a plan to elect a successor only after a national conference and new constitution is approved.

Bouteflika, 82, last week bowed to demonstrators, who say he is unfit to run Algeria, by announcing he had reversed a decision to stand for another term.

But he stopped short of stepping down and postponed elections due in April, in effect extending his current term until a new constitution can be prepared.

In a letter reported by Ennahar television, the veteran leader repeated an earlier plan for a national conference to reform the political system, which would be held shortly.

The forum will take “decisive decisions”, state television quoted him as saying.

A new constitution will then pave the way for a new president, the private Ennahar station added.

The scenario broadly reflects a timetable for change that Bouteflika mapped out on March 11.

The ailing leader has ruled for two decades but is rarely seen in public since suffering a stroke five years ago.

Demonstrators say Bouteflika is in no state of health to run the country, and want to see a new generation of leadership to tackle deep-seated economic problems and corruption.

The Chief of Staff, Lt.-Gen. Ahmed Salah, said the army should take responsibility for finding a quick solution to its political crisis, in the most overt signal of potential military intervention since demonstrations erupted three weeks ago.

So far, the powerful army has remained in barracks during the demonstrations, with the security forces mainly monitoring mostly peaceful demonstrations in Algiers and other cities.

“The army will remain a fortified fortress for the country,” Salah said on state TV.

“We should be responsible for finding solutions as soon as possible. There is no problem without solution.”

He added: “I’m confident the Algerian people are wise and able to overcome all difficulties.”

The army has generally wielded power in Algeria behind the scenes, but has intervened publicly during pivotal moments.

In the early 1990s, generals canceled elections which an Islamist party was set to win, triggering almost a decade of civil war that killed some 200,000 people.

Bouteflika’s concessions last week have brought no halt to the demonstrations, which are expected to continue on Tuesday, Algeria’s Independence Day.

On Monday, doctors called for mass protests during the celebrations.

In a statement, the independent Collective of Algerian Medical Residents (CAMRA) urged medical students to take part and denounce the “ruling gangs”.

Protesters are desperate for a new generation of leaders, who can tackle the country’s pressing problems: a stagnant economy and high unemployment despite vast oil and gas resources.

In another concession, the Ministry of Religious Affairs on Sunday informed clerics that they were no longer required to submit texts of their sermons to authorities for approval.

One of the most influential clerics in Algiers expressed his opposition to the government last week.

Since returning from medical treatment in Switzerland last week, Bouteflika has been losing allies, including senior members of the ruling National Liberation Front party, known by its French acronym FLN.

Bouteflika named a new prime minister last week, but on Monday leaders of 13 independent Algerian labour unions refused to support his efforts to form a cabinet.

“We will not hold discussions with this system, we belong to the people and the people said ‘No’ to the system,” Boualem Amora, a Leader of an Education Union, said.

Newly-appointed Deputy Prime Minister, Ramtane Lamamra, is expected to start a tour on Tuesday of some of Algeria’s main allies abroad to explain the new political roadmap, said a foreign ministry official.

The tour will start on Tuesday with a visit to Moscow, Algeria’s most important military ally.

It will also include EU countries and China, which has invested billions of dollars in Algeria.

Inconclusive Elections: Anxiety in Benue, Kano, Bauchi ahead of rerun