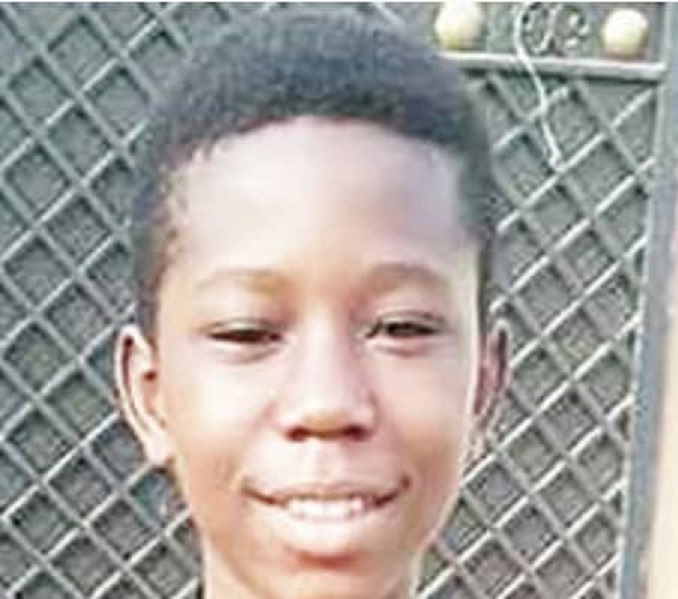 There is now a palpable disquiet in Magboro over the death of a 13-year-old, Michael Odejimi, who was crushed to death on Tuesday by a fleeing truck driver trying to evade touts stationed at the entrance of the community.

The ugly incident happened as a result of the nefarious activities of the popular “Omo-Onile” (touts), who have formed the habit of extorting money from heavy-duty vehicles coming into the community.

Things, however, went ugly as the life of Odejimi a Senior Secondary School student of Suncity College, Magboro, was caught short when he was smashed to death by the fleeing truck driver on his way home after the school hour.

The teenager was the only son of his parents who live in Oke-Afa area of Magboro.

A witness, Mr Donaltus Chima, a spare parts dealer close to the scene of the incident, said that the boy was run over by the speeding truck while trying to avoid the touts who wanted to extort him.

Chima told our reporter on Saturday that the activities of the touts had remained unchecked prior to the ugly incident that took the poor boy’s life.

“The community needs to do something about those touts because their activities are unbecoming. They have the attitude of fiercely engaging drivers in a scuffle to part with their money and failure to do so might result in their detaining the driver.

“The elders of this community have been looking the other way when these people are unleashing their extortion on the road users.

“The “Agberos” caused the death of the boy when they flagged down the truck driver who was not ready to part with his money which made the truck swerve to cause the tricycle (Keke Marwa) to threw its occupants on the road,” he said.

Chima said that Michael stood no chance of escape as the truck ran over him.

“The touts are the one dragging the steering of the truck before it lost control and ran over Michael who stood no chance of escape as he lay on the road,” he said.

A resident of Magboro, Mr David Ajayi, said that the community needed to take action on the activities of the touts which he said had become unbearable.

“What we want now is to see them off our community. They are pains on us, besides we don’t know their sponsors or whose orders they have to be collecting tolls from the community.

“We have investigated how they came about with no trace, so, who is behind their activities remains a riddle unresolved,” he said.

The tricycle rider who was just discharged from the hospital today, Mr Stephen Adams, said he had spent over N30,000 on treatment, adding that the accident had left him unconscious.

“I took four passengers from inside Magboro going to expressway which includes the deceased. I actually saw the truck but with no chance of escape because of its speed.

“I was unconscious after the incident, but I was told that the truck ran over us. I have spent close to N30, 000 since admission at the hospital,” he said.

The Legal Adviser for Magboro Oke-Afa Community, Barrister Omoyeni Ogunsakin, told NAN that nobody had owned up to the activities of the touts.

“The problem we have is that nobody has owned up to the illegal collection of tolls by the touts. We have spoken to the Baale about it and other stakeholders such as the Community Development Association (CDA) and the chairman.

“What we have resolved to do is to stop the activities of these touts and their illegal collection. We have been to the Police station on the matter as well,” she said.

Fresh revelation from Ethiopian Airlines that killed Prof Adesanmi, 156 others