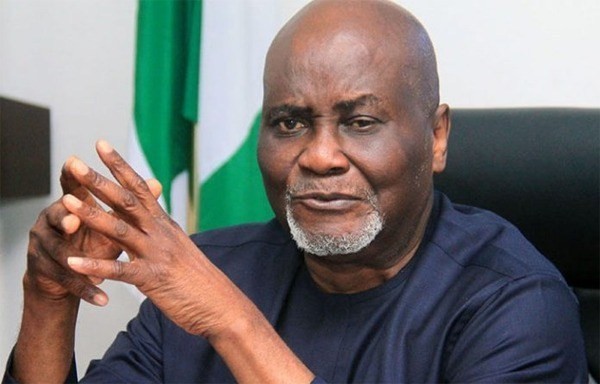 Prof. Charles Dokubo, Special Adviser to the President on Niger Delta and Coordinator, Amnesty Programme says the Amnesty Office has trained a total of 1,401 beneficiaries in various skills in the last one year.

Mr Murphy Ganagana, Special Assistant to the Amnesty Coordinator on media, quoted Dokubo as saying this in a chat with newsmen on Sunday in Warri.

Ganagana also said that a total of 1,165 of the trained beneficiaries had been empowered in various trade since March 2018 when he assumed office.

According to him, plans have been concluded with Five Greece-owned companies to train 2,500 amnesty delegates.

He added that 2,000 of amnesty delegates would be employed at the end of the training.

1, 230 beneficiaries of the programme have been offered scholarship and deployed to 11 partnering institutions in Nigeria between Jan. and March 2019.

At least 54 beneficiaries will be deployed on scholarship to various offshore institutions in 2019.

At the moment, 103 students are studying various courses in institutions across the globe.

“The 30,000 persons enlisted in the Presidential Amnesty Programme, 11,297 persons were yet to be placed in either vocational training facilities or deployed for formal education as at March 13, 2018 when we assumed office.

“Between March 13, 2018 and now, a total of 1,401 beneficiaries of the Amnesty Programme have been trained in various skills and 1,165 of the trained beneficiaries have been empowered in their various trade.

“The Amnesty Office has also concluded profiling 25 delegates for catering services, hotel and fast food jobs and 75 for other job opportunities,” he said.

Ganagana said that he was motivated by support and encouragement from critical stakeholders in spite of the challenges.

He attributed the success achieved to the Almighty God and President Muhammadu Buhari’s administration.

“Let me place on record that we are able to achieve all these because of the staunch and unalloyed support President Buhari gave the Amnesty Programme and the Niger Delta as a whole.

“On his fatherly watch, we have since re-worked the programme to focus not just training but also job creation and empowerment of already trained beneficiaries,” he said.

The Amnesty Programme initiated by late President Musa Yar’Adua in 2009 was to address the age-long neglect and marginalisation of the Niger Delta region considered to be the economic nerve of the country.