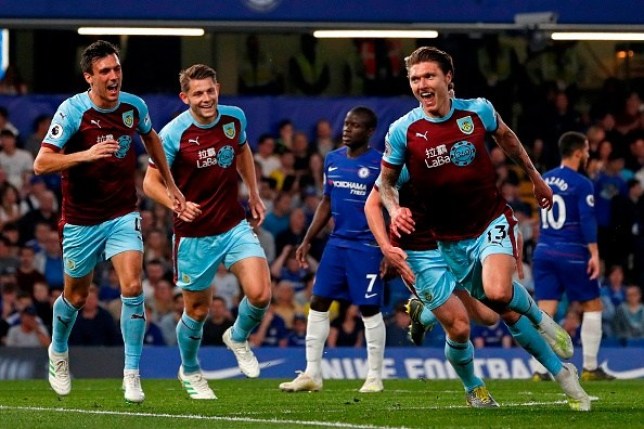 Chelsea FC on Monday moved up to fourth in the Premier League after a chaotic 2-2 draw against Burnley, but the sloppy display did little to enhance their hopes of qualifying for the Champions League.

In a frantic opening 24 minutes at Stamford Bridge, Gonzalo Higuain put Chelsea ahead, only for Burnley’s Ashley Barnes to punish more dismal defending from the Blues.

Without a win in their last two league games, Chelsea will take only slender comfort from climbing one point above fifth placed Arsenal to sit level on points with third placed Tottenham.

Chelsea would have gone third with a victory, but instead they have now played a game more than top four rivals Tottenham, Arsenal and Manchester United, who are three points behind in sixth.

It was a missed opportunity after defeats for Tottenham, Arsenal and United at the weekend and Chelsea were booed off at fulltime.

In a fitting coda to a damaging evening, Sarri was sent to the stands for protesting in the final seconds before several members of the Blues bench were involved in a tetchy touchline clash with their Burnley counterparts.

Now Arsenal can replace Chelsea in fourth if they avoid defeat at Wolves on Wednesday.

Adding to Sarri’s problems, he was hit by first half injuries to France midfielder Kante and England winger Callum Hudson-Odoi.

Chelsea are fighting to avoid missing out on Champions League qualification for a second consecutive season, which hasn’t happened since Roman Abramovich bought the club in 2003.

Even an influential display from Eden Hazard couldn’t aid their cause against tenacious Burnley.

Hazard was named on the PFA Player of the Year shortlist on Saturday and the Belgian, fit to start after suffering an Achilles knock against Slavia, led the Chelsea assault.