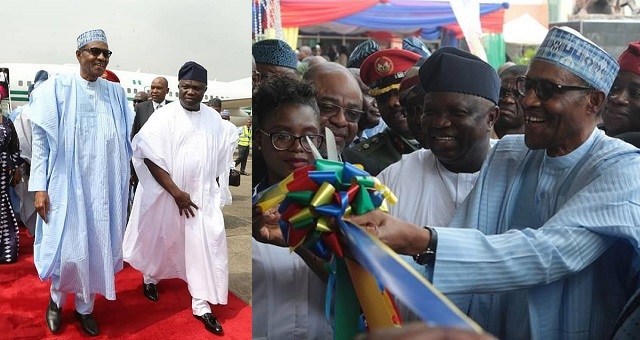 Lagos State Theatre at Oregun in Ikeja, 4. New 820 Mass Transit buses 5. Multi-level Oshodi Transport Interchange on the Apapa-Oshodi Expressway. The Lagos state government in a press release obtained by Legit.ng also gave details about the projects that were inaugurated, one of which was 170-bed facility with state-of-the art facility

The newly reconstructed Institute of Maternal And Child Health popularly known as Ayinke House located within the premises of Lagos State University Teaching Hospital (LASUTH) in Ikeja, which was unveiled by President Buhari was described as a critical and timely intervention by the state government in the health sector.