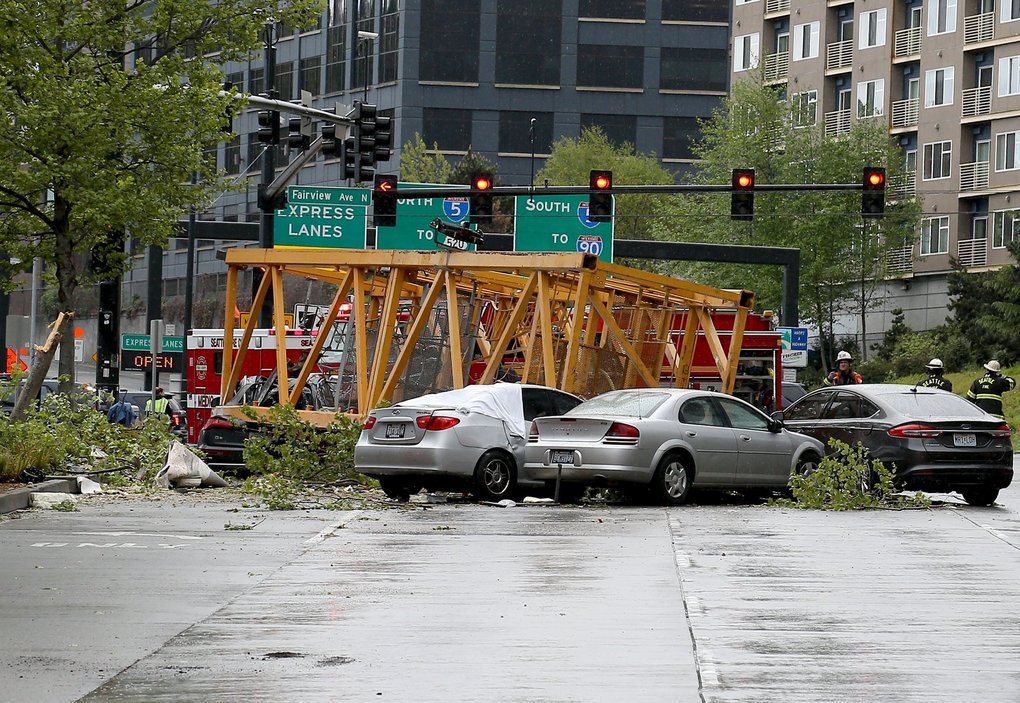 Four people died when a crane working on a new campus for Google in South Lake Union, Seattle, Washington fell and pinned cars beneath it on Saturday

Two crane operators and two other persons in separate cars were dead by the time Seattle firefighters got to the site, Fire Chief Harold Scoggins said.

According to Scoggins, six cars were hit, while four other persons were injured, including a mother, her child and a 27-year-old man.

“It was terrifying,” said Esther Nelson, a biotech research assistant who was working in a building nearby and saw the crane fall from a break-room window.

“I looked up the wind was blowing really strong. I saw boats struggling on Lake Union. Then the crane – maybe eight or nine stories high broke in half.

“Half of it was flying down sideways on the building. The other half fell down on the street, crossing both lanes of traffic.”

According to the fire chief, among the four dead were the two crane operators and two other persons in separate vehicles.

He said that four others were injured, including a mother and child who were in satisfactory condition. A 27-year-old man was in serious condition, and a fourth person was treated at the scene.

Authorities had not identified the victims by name as The King County Medical Examiner’s Office said it would not release names of the dead until Monday.