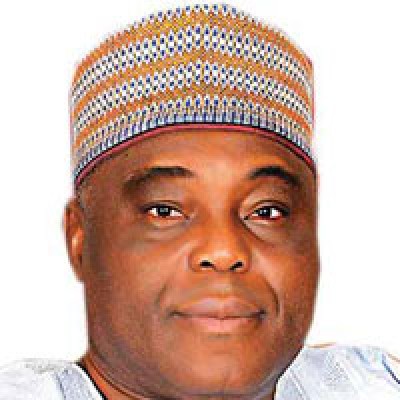 Dokpesi made the call at the presentation of a book written by Dr Amaechi Anakwue, a journalist, in Abuja on Thursday.

The book is titled” The Politics of Economic Regulation in Nigeria”.

According to him, many of the regutory agencies that are supposed to support the growth of indeginous companies end up strangulating them.

“Many of the agencies instead of helping to build the capacity of the organisations they are to regulate become patisan.

“Protecting the interest of the powers that be, the regulatory agencies are at the root of our lack of development.

“Reflecting very clearly the regulations that set up all the regulatory agencies in the country to promote the country be it automobile, broadcast or telecomunications, cannot be overemphasised.

“We see creative people and instead of the government coming behind such people to achieve their goals, they help in killing such goals in the name of Nigeria factor.

“Regulatory agencies are supposed to go into research on the purpose of its establishment to propel the growth and development of the country.”

Also, Sam Amadi, Lecturer of Law at Baze University, Abuja, explained that the creation of an independent regulator without political oversight was important.

Amadi added that the best model for creating regulatory agencies was the one with a full scale technocrat set up who could decide for themselves, working with good sense and evidence.

“There are things to take into recognition when setting up the agencies which include credibility, evidential records and blending the fundamental human rights to balance between efficiency and fairness.

“Government should enact the adminstrative procedure act to hold regulators to clear, transparent and accountable procedure for rule making.

He, therefore, called for the creation of consumer advocacy network to challenge the activities of regulators.

Meanwhile, Mr Fred Agbedi, Member, House of Representatives, said the appropriate institutions should be able to stand on the rights of the people.

He added that Nigeria would only move ahead when the nation conquered the compromise mentality.

Earlier, the author, Dr Ameachi Anakwue, said the book was written on the basis of the fact that most regulatory agencies were set up hurriedly, saying the laws setting them up were hurriedly enacted and not well thought out.

Anakwue said this had caused so much weakness in their stuctures.

“My concern is that the danger of an institution taking regulatory action but not strengthened like the developed countries is that they may not perform the function for which they are set up.

“In other words, strengthening of the regulatory agencies to be able to carry out their functions is key to the growth and development of a nation.”