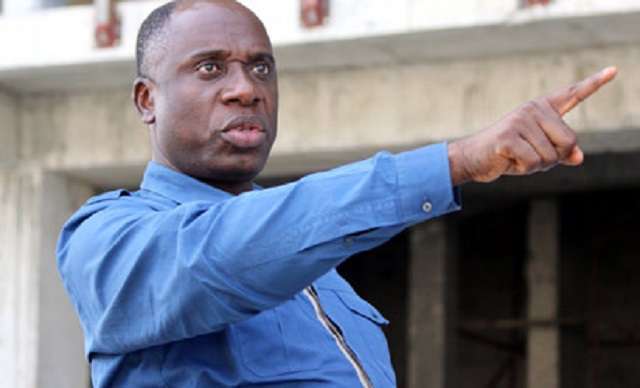 The Minister of Transportation, Rotimi Amaechi on Thursday urged the newly appointed Board Members of the Nigeria Railway Corporation (NRC) not to slow down ongoing efforts at revitalising the country’s railway system.

Amaechi gave the charge in Abuja during the inauguration of the NRC board, which has Ibrahim Alhassan as Chairman.

“Let us continue from where the last chairman stopped. I hope we will work together. I will not let anybody slow us down or who ever becomes the minister. With last chairman and the MD NRC, we were able to effectively tackle critical problems.

”Such as pipe borne water, gas as well as sewage lines that were obstructing construction works on the Lagos axis of the Lagos-Ibadan railway project. Please, don’t slow us down.

“As governing board members, you are responsible for setting out the parastatal’s economic, financial, operational, administrative policies in accordance with government policy directives aimed at assisting the corporation to achieve its mandate.

“You are also charged with the responsibilities for measuring performance against targets and introducing broad policy measures that will curtail any deviations to ensure that the targets are achieved,” Amaechi said.

“You are strictly advised to acquaint yourselves with relevant government circulars and directives on relationship of board with their agencies for a good harmonious working relationship.

“You are to note that in line with the Guides to Administrative Procedures in the Federal Public Service (Chapter 7) the Minister may give to the Board of Directors, directions of general character relating generally to particular matters,” he said.

In his response, Musa, the board chairman, commended the minister for his achievements so far in the rail sector.

“It takes more than a gold braid to make a captain by being the driving force behind the recent successes recorded in the railway development in Nigeria, especially the continued operation of the Abuja-Kaduna rail line,” he said.

He assured that the new board would bring in their experience to bear on the much needed railway infrastructure as a means of improving the Nigerian economy.

Our correspondent reports that the board has 26 members, with 20 of them nominated at the state levels while the office of the minister of transport appointed the remaining six in line with the law.