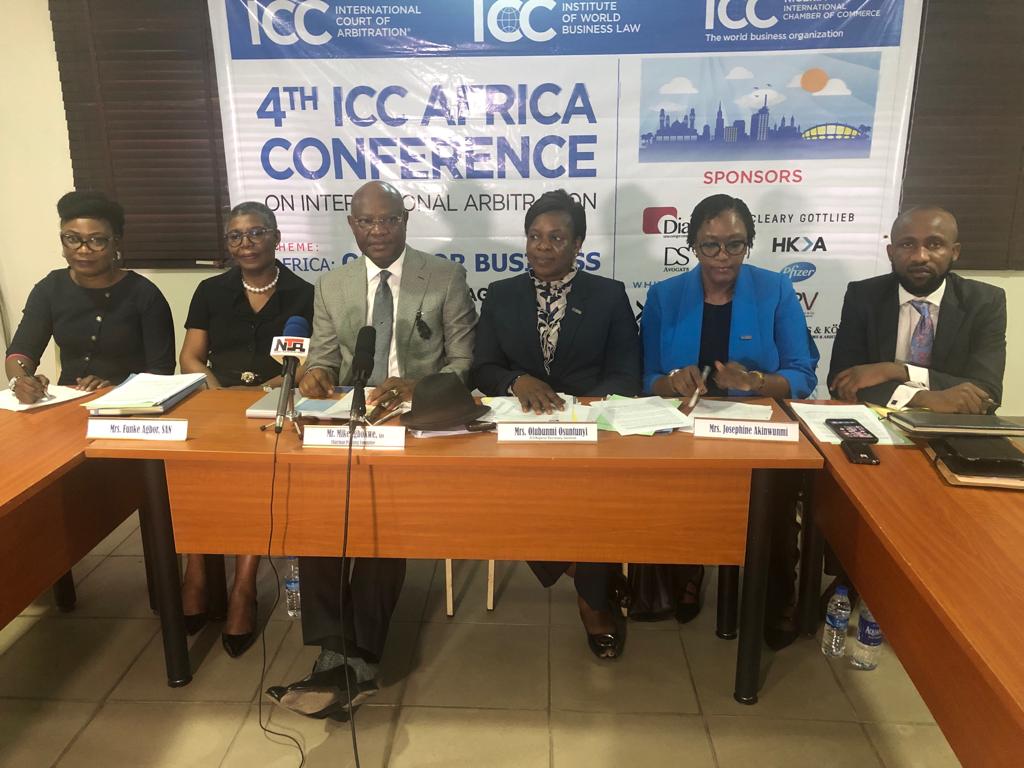 The International Chamber of Commerce Nigeria (ICCN) has reiterated its commitment to the growth of arbitration to attract investments to Nigeria and Africa.

Mr Mike Igbokwe, Senior Advocate of Nigeria (SAN), made this known on Monday in Lagos during a media briefing on the forthcoming 4th ICC Africa Regional Arbitration Conference.

He noted that Africa is currently seen as an attractive investment destination to many foreign investors.

“The foreign investors often insist on an efficient international arbitration as the dispute settlement mechanism to be adopted in the settlement of any dispute that may arise from their investments.

“Arbitration is gaining increasing acceptance in many parts of Africa. It is now relatively common to see arbitration clauses in contracts involving corporate bodies in Africa.

“While the cost of resolving disputes by way of arbitration may no longer be said to be cheap, the relative speed with which issues are resolved by arbitral tribunals makes it particularly attractive to the business community which considers time to be money,’’ he said.

Igbokwe said that to show ICCN commitment to the growth of arbitration in Africa, ICCN in partnership with the ICC International Court of Arbitration, Paris, will co-host the 4th ICC Africa Regional Conference from June 18 to 19 in Lagos.

According to Igbokwe who is the Chairman, Planning Committee for the conference, the conference has the theme: “Africa: Open for Business’’?

Igbokwe said that the desire to determine whether Africa is ready for investments by both foreign and local investors and to explore possible ways of making arbitration work in Africa, was the focal point.

He said that the Secretary-General of ICC, Mr John Denton and President of ICC International Court of Arbitration, Mr Alexis Mourre, with other renowned experts in the field of international arbitration, were to speak at the conference.

Igbokwe said that the conference coincides with the centenary anniversary of ICC which would be celebrated on June 18.

According to him, discussions will centre on; ‘Presenting Damages in Construction Arbitration’; ‘Dispute Resolution under the African Continental Free Trade Agreement (AfCFTA): and `A New Look at the Calvo Doctrine’.

He said that the conference was strategic for the Nigerian arbitration community and to continue creating awareness on the importance of arbitration in the dispute resolution processes.

Mrs Olubunmi Osuntuyi, Secretary-General, ICCN, said that the various reforms of the Federal Government to simplify the business environment were pointers that Nigeria was open for business.

She said that the CAMA Bill, Governance law and Presidential Enabling Business Environment Council (PEBEC) initiative would encourage investment inflow to the country.

The ICC is the largest business organisation with its global network comprising over 6.5 million companies in more than 130 countries.

The United Nations, the World Trade Organisation, the G20 and many other intergovernmental bodies, both international and regional, kept in touch with the views of international business through ICC.

Access Bank to splash N60m on 1,000 customers in DiamondXtra promo