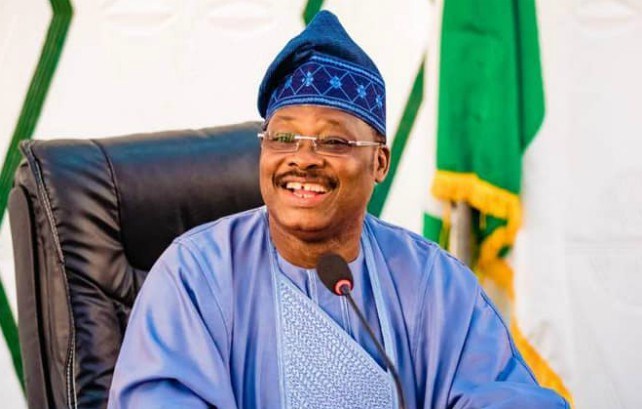 Gov. Abiola Ajimobi of Oyo State has advocated more funding and technological support for the Nigeria Police toward efficient and effective policing of the country.

He made the call on Wednesday in Ibadan while receiving Mr Leye Oyebade, the AIG Zone II in his office.

Our correspondent reports that Oyebade is overseeing zone II which comprises Oyo, Osun and Ondo States.

Ajimobi said that the police needed some structural adjustment in terms of technological support, funding, relationship building and training.

The governor also stressed the need for state police, saying policing the country should be a replication of what operated in other countries practising federal system of government.

“Before our administration came on board in 2011, this state was known as a garrison. Then it was an era of brigandage and various nefarious crimes.

“On assumption, we made security of lives and property as our number one priority. We made it the foundation of our socio-economic development and ensured all forms of crime were brought to the barest minimum,’’ he said.

Ajimobi said that his administration evolved several initiatives and supported the police, saying the resultant effect was the peace enjoyed in the state.

He called for strong cooperation among the three tiers of government, police and citizens of the country.

Earlier, Oyebade appreciated the governor for his continuous support to the police and tremendous contribution to security of lives and property in the state.

“The Security Trust Fund came into existence under your administration. You took security issues seriously and this is one of the reasons we are here to appreciate you.

He said that they had evolved various initiatives toward efficient and effective policing of the communities.

“On April 25, we launched a Stakeholders Forum. This forum is an idea of community policing as it would afford every stakeholder the opportunity to contribute on how the community is policed.

“We have upgraded our platforms and technical ability of our men through training and retraining. All these are aimed at improving their proficiency in carrying out their duties effectively and efficiently,’’ he said.

Oyebade said that the zonal office had crime-mapped the zone toward identifying crime-prone areas, promising intensified efforts to stem criminal activities such as kidnapping, robbery and ritual killings.

He solicited continuous support of the state government, relevant stakeholders and citizens toward achieving the best of policing efforts.