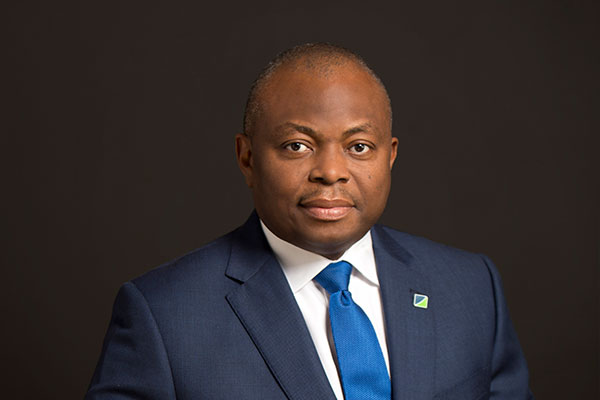 Mr Nnamdi Okonkwo, the Managing Director of Fidelity Bank Plc, on Wednesday pledged greater support to its customers at the Alaba Trade Fair complex in Lagos.

Okonkwo told newsmen that the bank do not only serve the corporate class, but also the middle and lower class of the market.

”We are very strong in SME’s. Most of these people are SME’s. They are the engine block of commerce and trade in the country,” Okonkwo said.

The News Agency of Nigeria (NAN) reports that the bank chief spoke on the sidelines of the Balogun Business Assocation rally in Aspanda, trade Fair complex.

The managing director said his team was at the market to interact with the traders to fashion the best way to serve them.

”This is a very major component of our trade and commerce clientele.

”We have a standing relationship with most of the traders here running up to 30 years.

”My team and I are actually here to know what the customers need to see areas we can support them,” the bank CEO said.

He noted that the bank just signed a 50 million dollars SME support bond with the African Development Bank (AfDB) on Tuesday.

Okonkwo said that 30 per cent of of the money would be deployed to support female entrepreneurs.

”We have a huge number of such entrepreneurs in this market,” Okonkwo said.

Also Onyeka Onyealikpe, Executive Director, Lagos and South West, said that the bank was poised to build the capacity of women entrepreneurs for greater accountability.

She said that women were very detailed in business and show commitment when they collect loans from the bank.

In his contribution, Mr Martin’s Izuogbe, the General Manager, Operations of the bank , said the bank had been very supportive to traders, especially in the area of foreign exchange transactions.

He said that through the mediation of online banking, traders could make transfers online from the comfort of their office.

During the course of the rally, Chief Tony Obih, President, Balogun Business Assocation, Aspanda, appealed to the bank to assist them in the building of the entrance and exit gate to the complex and the acquisition of a security van for the complex.

In his response, the bank chief thanked the traders for their loyalty to the bank and pledged the continued support of the bank to the market.

”We will help to build the gates immediately and make provision for the security van before the end of the year.

”Fidelity bank will sponsor the rally twice every year.

”We will meet with the leadership of the association and see how we can support the novelty football match,” Okonkwo said.