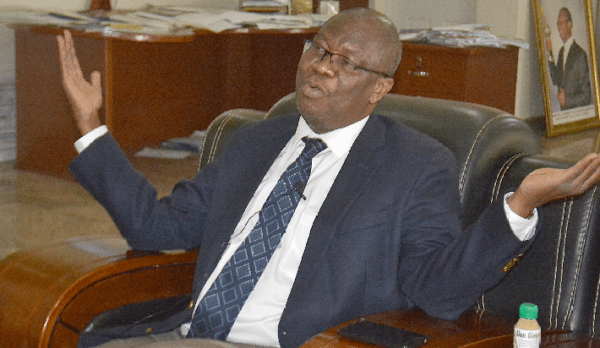 Prof. Benjamin Ozumba, the outgoing Vice Chancellor (VC) of the University of Nigeria, Nsukka (UNN), says he is happy that he is leaving the university better than he met it.

Ozumba, whose five years tenure would end on June 14, made the remark on Monday at a news conference in the university as part of the activities organised to mark the end of his tenure.

He said that the university was in a state of “dysfunction”, when he assumed office in 2014.

“But today, for the third consecutive year since 2016, UNN is ranked by Webometric as the number one university in Nigeria.

“Not only that the university is number one in Nigeria but among the top 1500 universities in the world,” the VC said.

He said that his administration met a backlog of programmes and courses, waiting for accreditation.

“Today, the story is different as over 100 academic programmes running in this university are fully accredited.

“I will remain grateful to council members and university management for their support and cooperation.

“Under my stewardship, new faculties were created, such as faculty of Vocational and Technical Education and Faculty of Basic Medical Science,” Ozumba said.

He expressed appreciation to the Governing Council, management and students for the maximum support and cooperation given to his administration. The vice chancellor said his first project on assumption of office was to restore peace and tranquility on the two campuses as well as improve the welfare of staff and students.

He said that his administration also ensured regular and prompt payment of workers’ salaries and generation of electricity from wastes for use in the university.

He said that the manufacturing of the lion laptop, among other inventions, further helped to put the university on the world map.

The outgoing VC also said his administration maintained a cordial relationship with the Students Union Government.

In remark, the Chairman of the End-of-Service Committee, Prof. Nnanyelugo Okoro, described the VC as a consummate administrator and professional par excellence.

Okoro said that Ozumba’s tenure had a track record of verifiable achievements for the university.