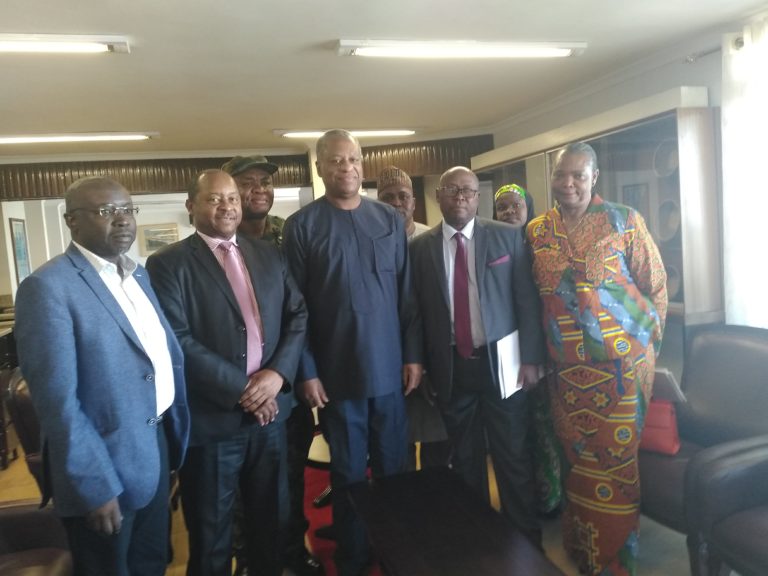 The Minister of Foreign Affairs, Mr Geoffrey Onyeama, on Tuesday restated the determination and commitment of President Muhammadu Buhari’s administration to the advancement of the spirit of Pan African agenda.

Onyeama made the assertion when he was received by the Acting Minister of Foreign Affairs of Zimbabwe, Amb. Cain Matheme, and the Minister for Health and Child Care, Dr Obadiah Moyo, at the Robert Gabriel Mugabe International Airport, Harare.

Our correspondent reports that Onyeama was in Zimbabwe to extend relief materials and items to the country following the tropical disaster that hit the country and two other Southern African countries: Malawi and Mozambique.

The minister said President Buhari asked him to deliver relief assistance to Zimbabwe after the terrible cyclone that claimed the lives of many and displaced thousands of people.

“We are supplying something that is needed and we are donating 20 tons of medical equipment and other items.

“The first batch will be delivered tomorrow morning, we have hope to have our C130 available to be able to deliver within days but it will be available at the end of this week.

“Or latest early next week we will be able to deliver the complements of 20 tons medical equipment and medicines.

“In addition, President Buhari also gave us 500,000 dollars cash to hand over to the government of Zimbabwe,” Onyeama said.

He recalled that during the years of the fight against Apartheid and colonialism, Nigeria was considered a front line state notwithstanding that we were in far away West Africa.

He said Buhari was a pan Africanist who believed in the spirit of brotherhood and togetherness in Africa.

Onyeama added that in spite of the economic and other challenges confronting Nigeria, Buhari believed that we could still show solidarity to brothers and sisters in Zimbabwe.

“This is the true spirit of African brotherhood and one united African people,” he said.

Responding, the Acting Minister of Foreign Affairs of Zimbabwe, Amb. Matheme, said the President and People of Zimbabwe are grateful for the assistance by brother county Nigeria.

He said long way back many of them were trained and educated by the Nigerian Government, adding that the government and people of Zimbabwe always remained grateful to Nigeria.

The Minister for Health and Child Care, Dr Moyo, said naturally when disasters struck there would be deaths, sorrow, and many people who would fall sick and there would be in injuries.

“It is gratifying to receive assistance from Nigeria at this stage that we have so many people afflicted by Malaria and Cholera.

“I have seen the list of medicines that Nigeria is giving us; it is a very comprehensive list of essential medicines which are extremely relevant at this time.

“So this gift is very much while and it is a gift which shows that Nigeria wants Zimbabwe’s to continue living and there is nothing much that could be better than to sustain lives here in Zimbabwe.”

The Nigerian Minister of Foreign Affairs will on Wednesday formally hand over the relief items, equipment and cash donation to the government of Zimbabwe.

Nigeria did not mortgage property for China loan: Amaechi