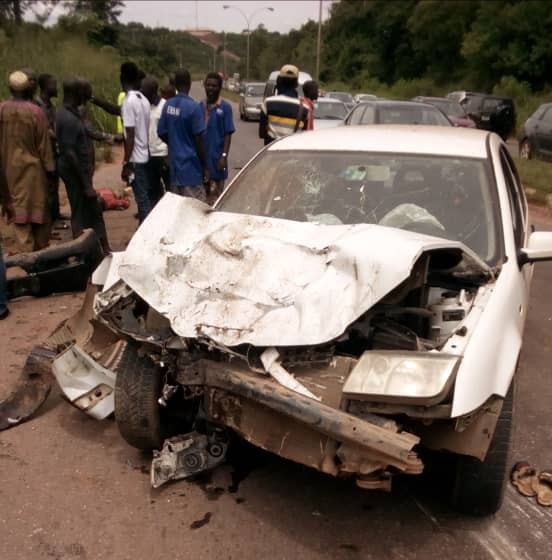 Mr Babatunde Akinbiyi, the Spokesperson, Traffic Compliance and Enforcement Corps (TRACE), confirmed the incident to our reporter in Abeokuta.

“We learnt the Toyota Camry was outbound Abeokuta toward Interchange when the driver lost control due to speeding and veered into the incoming Bora vehicle and two motorcycles (Okada) on the other lane.

“The driver of the Camry ran away with injuries sustained before our rescue team arrived the scene of the accident.

“The two dead victims were the motorcycle riders.

“The driver of the Bora car, the passenger with him as well as the woman on board one of the motorcycles, all had broken legs,’’ he said.

Akinbiyi said that the two dead were deposited at the State Hospital, Ijaye, Abeokuta, while the injured were also taken to the same hospital for treatment.