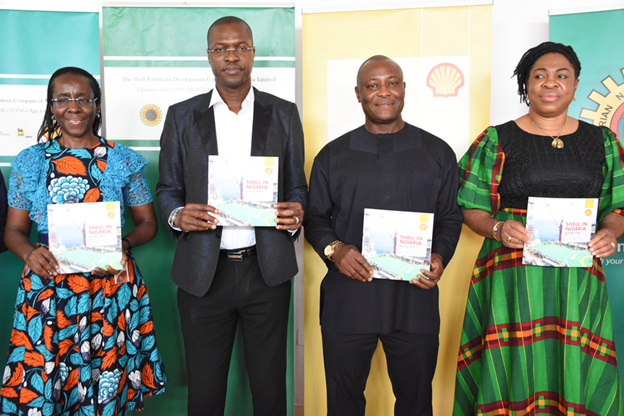 Our correspondent reports that the briefing notes is an annual publication detailing the activities of the company’s business interests in Nigeria.

Weli said the N17 billion was spent in 19 cluster communities as part of its Global Memorandum of Understanding (GMoU) agreement with host communities in 2006.

“The GMoU has given communities highly-valued opportunity to decide and implement projects and programmes that have lasting impact on people’s lives.

“The funding, which took off in 2006, has enabled the 19 clusters in Rivers state to embark on projects covering on health, education, water and electricity, sanitation and infrastructure development.

“SPDC and its joint venture partners provide secure five-year funding for communities to implement development projects of their choice.

He said the projects were managed by Cluster Development Boards under the guidance of mentoring Non-Governmental Organisations (NGOs).

“Currently there are 39 active GMoU clusters in Rivers, Delta, Bayelsa and Abia states, and, so far, we have disbursed $239 million (N44.36 billion) to these clusters since 2006 inception.

“The success of the GMoU initiative has proved what could be achieved when government, international oil companies, communities and NGOs work together for the common good,” Weli said.

The shell general manager said the company has so far contributed over N375.16 billion to the Niger Delta Development Commission (NDDC) from 2002 to 2018.

According to him, SPDC has given business start-up grants worth over N27.27 million to about 100 indigent Ogoni youths as recommended by the UN Environment Programme (UNEP) Report.

“To date, the LiveWire programme has trained 7,072 Niger Delta youths in enterprise development and provided business start-up to 3,817.

Weli said the company had in 2017 established a Marine Engineering and Offshore Technology centre at Rivers State University.

He said the centre runs 18-month Masters and Diploma programmes in Marine Engineering, Naval Architecture as well as Offshore and Subsea Engineering courses.

He added that SPDC had in 2016 donated a modern public library to the Port Harcourt Literary Society to the tune of N1.58 billion.