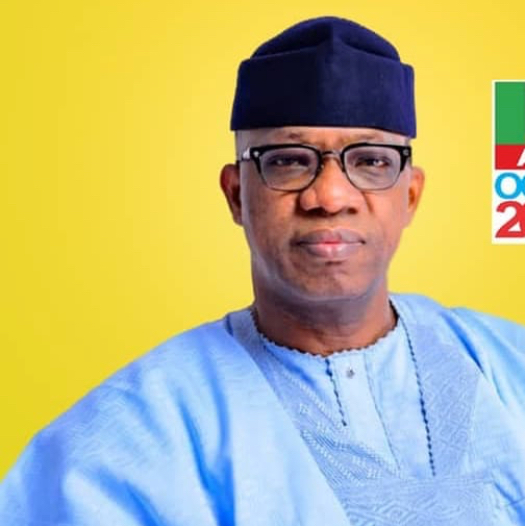 Ogun State Governor Elect, Prince Dapo has again reiterated his intention to serve the people of the State with due diligence and maximum commitment to service by ensuring his government focuses on human Capital development – identified as one of the key components to a growing society that is reliant on economic breakthrough. “My Government will be busy with service delivery, and we are ready to incorporate eggheads and professionals who will be tasked with businness of governance as evidently seen in the men and women that worked their lofts in the past weeks as Transition and innauguration team members”.

He further stressed that the importance of the mandate entrusted in him is to serve, and that he is determined to do so with all dilligence by submitting himself to service. The Governor elect, Prince Dapo Abiodun, MFR made this known while reacting to the charges of discussants that extrayed the inaugural lecture on ‘Good Governance in Public Sector, delivered by Prof. Pat Utomi, former Presidential Adviser at June 12, Cultural Centre, Kuto yesterday as part of the activities lined up to celebrate his innauguration as the 5th Substantive Governor of Ogun State. Also in his reaction, the Iperu Born oil magnate said: “Citizens have become cynical of government and trust, which is an essential conviction that the social contract between the government and the people has been badly impaired, and almost damaged.

So as government it is our duty to rebuild the trust through leadership and equitable distribution of wealth. Unarguably, the potentials and realities on ground showed that there is a missing factor in catalyst and an enabler, and I have no doubt that the missing link is good governance. It’s neither going to be a tea party, nor business as usual. Every day in office must count for something. We are daily reminded of our promises”.
Earlier before the lecture, the Chairman of the innaugural lecture, Chief Fola Adeola, pioneer Founder of Guaranteed Trust Bank, and former Managing Director while declaring the lecture open advised the Governor elect and his Deputy to operate open door policy that’ll stay glued to the electoral promises – the hallmark at which the people mandate is won.

“There is nothing wrong if you stay humble and give your people listening ears always, connect and bond with them. They voted you, they wont hurt you. Remember, nothing last forever. You will be surrounded by a whole lots of people, and you’ll be judged and assessed by how you managed them”, he concluded. While commending the Guest lecturers, Discussant and Chairman of the innaugural lecture, Prince Dapo Abiodun, further acknowledged with understanding that the task and challenges ahead are enormous but the resources are limited, yet, he boasted with confidence that once we have the most important currency in our people’s bank, which is the trust of our people, we will be okay.

Dignitaries at the events are from differents works of life. Captains of industries, heads of government agencies and departments, former Governors and military administrators, Royal fathers led by Alake of Egba Land, Oba Adedotun Aremu Gbadebo, Okunkenu IV, Awujaale in Council, Akarigbo of Remo, Olota of Ota and Alaperu of Iperu all graced the occassion to honor Prince Dapo Abiodun and his Deputy, Alhaja Noimot Salako- Oyedele. Wife of the Governor elect, Mrs Bamidele Abiodun, former Speakers and serving members of Ogun state House of Assembly completed the guest list.