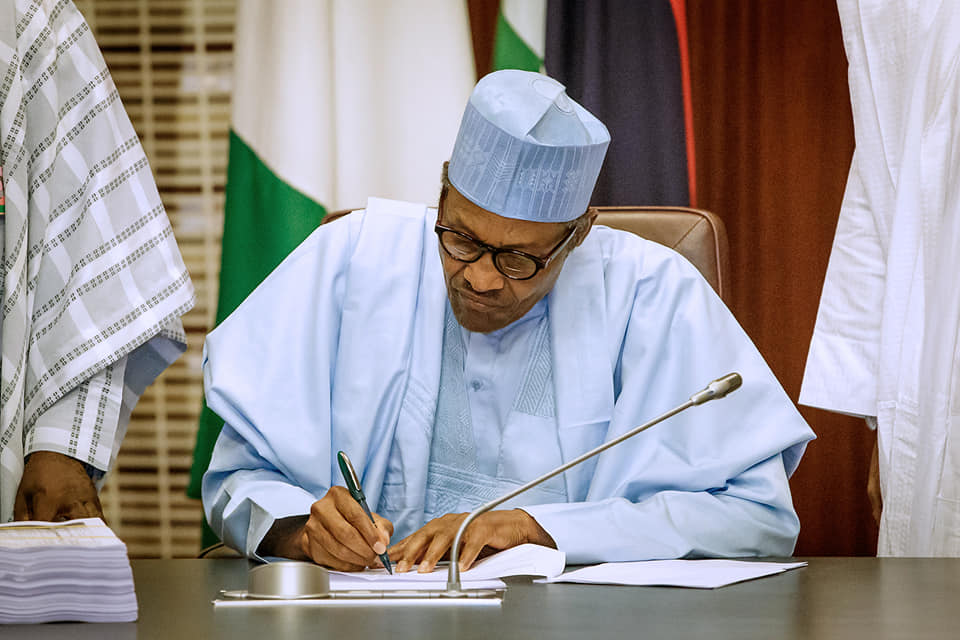 By Zacheaus Somorin in Toronto

Nigerian President Muhammadu Buhari signed an 8.9 trillion naira ($29 billion) budget for 2019 into law on Monday. Approved by lawmakers last month, the budget is based on estimated oil production of 2.3 million barrels a day, an assumed crude price of $60 per barrel and an exchange rate of 305 naira to the dollar.

President Buhari in a chat with Senate President, Mr. Bukola Saraki after signing the 2019 Budget into law on Monday…

Nigeria’s economy, the largest in Africa, grew by 1.93% last year, its fastest pace since a recession two years earlier which was caused by the impact of low oil prices. The continent’s top oil producer relies on crude sales for about 90 percent of its foreign exchange. The planned deficit of 1.9 trillion naira represents 1.37% of GDP.

Buhari is due to be inaugurated for a second four-year term on Wednesday. He won re-election in February after pledging to revive the economy, improve security and tackle corruption. Last month the upper house of parliament increased the budget by 80 billion naira to 8.9 trillion naira, up from the 8.83 trillion naira presented by Buhari to lawmakers last year.